The Intriguer
This Day In Halloween
November 10, 2020 1 min read 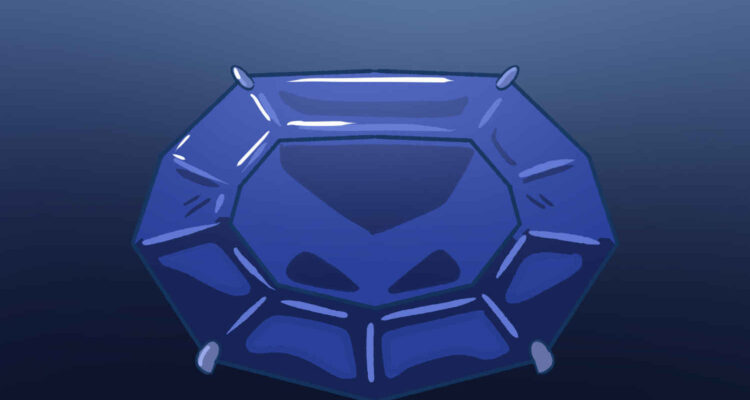 This Day in Halloween: The alleged "curse" of the Hope Diamond ends when it arrives at the Smithsonian’s National Museum of Natural History in 1958. / Illustration by Justin Pakneshan.

The Hope Diamond arrives via the U.S. Mail at the Smithsonian’s National Museum of Natural History in 1958. The delivery reportedly ends the centuries-long legend of a curse surrounding the extremely rare gem and anyone who owns it. The curse story had been built over time on largely unconfirmed information to increase the value of the diamond, but also helped draw public fascination leading to films, including the 1920 serial The Hope Diamond Mystery featuring Boris Karloff, as well as books and TV programs. The gem remains a popular attraction at the museum.