Midsummer Scream Is Back, Sort Of 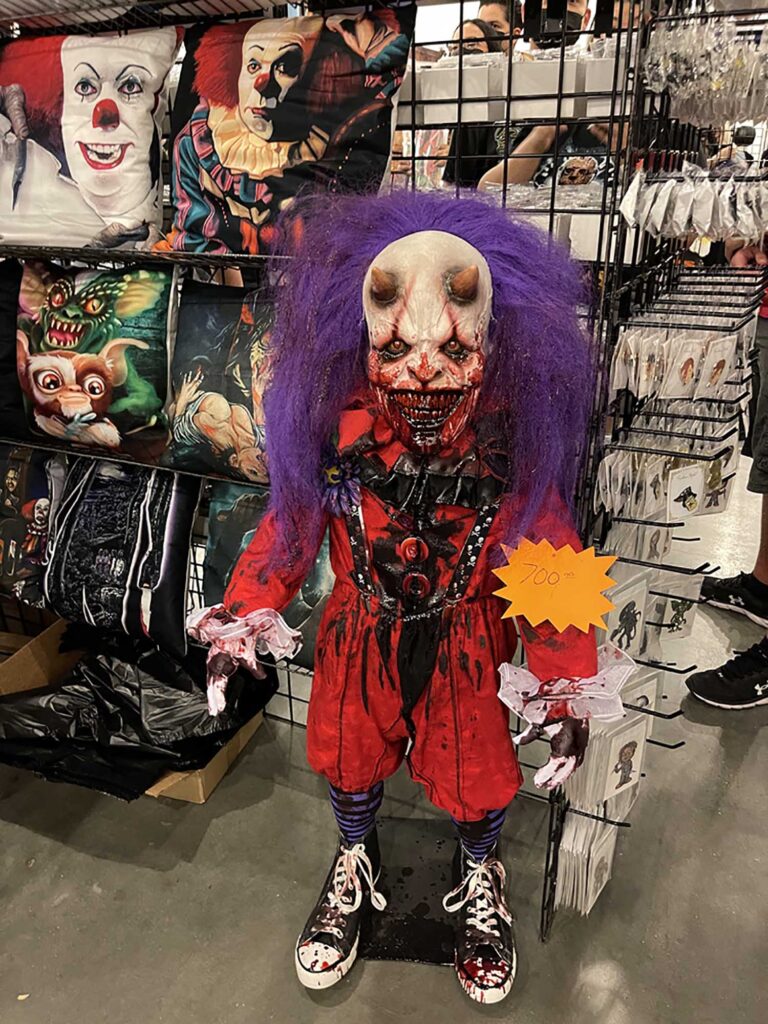 David Markland was expecting this summer to be a very different one. Even more different than last summer. But he’s quite happy to be wrong.

In the first announcement, Markland wrote he was “almost as surprised and excited as you may be” that Midsummer Scream would be back for 2021, sort of. A smaller scale version of the annual haunt event — called Midsummer Scream presents Awaken the Spirits! — will happen Aug. 14-15 in Pasadena.

Usually held in Long Beach, the event is, at least for now, moving to the Pasadena Convention Center and will host “hundreds” of vendors, as well as panels and presentations, Markland promises, with the one real notable absence the Hall of Shadows.

But it’s still reason for haunt fans to rejoice and for Markland to change his summer vacation plans.

“I was expecting to have a clear summer schedule for the first time in almost a decade,” he says.

Markland talked with Halloween Every Night about this year’s event.

Halloween Every Night: What convinced you to go ahead with a limited, but live event this year?

David Markland: By the end of May, I’d pretty much given up on having any sort of live event until our scheduled December show, Season’s Screamings, which I was mostly okay with since we’re really excited with how crazy and fun that event is going to be. But, Gary Baker with our team pressed me to check again to see if we could do something – anything – to support the Halloween community and promote all the haunts and attractions coming back this year, even if it wasn’t a proper Midsummer Scream.

So, as a hail Mary, I checked with both the Long Beach Convention Center again, and they really tried to see what they could do, but due to all sorts of events even from early 2020 rescheduling, their space being used for vaccinations, and prep for Grand Prix, it just couldn’t happen. So, I checked in with my old friends at the Pasadena Convention Center, and by chance the weekend of August 14 and 15 had just opened, and after a flurry of calls and emails checking in with key staff and partners, we booked it.

And so, Awaken the Spirits! was born — a one off, pop-up-style Halloween and horror convention. We don’t want to call it small because it’s still filling up the Pasadena Convention Center, and we’ll still have the big presentations and participation from the biggest names in Halloween entertainment, but it will be missing the Hall of Shadows and other trademarks of Midsummer Scream.

HEN: What were the conversations like with some of the vendors?

DM: I’m humbled and proud that almost all of the vendors who have trusted us to hold onto their funds for Midsummer Scream over two postponements, and also paid for space for the upcoming Season’s Screamings, immediately jumped on board being part of Awaken the Spirits! If there is anything that I will shamelessly boast about, it’s the great relationship we have with our vendors… okay, I’ll boast about other things, too, but this one speaks for itself.

HEN: How will L.A. County’s return to masks affect your plans?

DM: Of course, we’ll always follow, adapt to, and enforce local health requirements. The city of Pasadena has its own health department, so we actually will be following their own guidelines, which typically follow they county’s lead. Right now I suspect it’s pretty simple — every guest will need to wear a mask while inside, period. If anyone is unable to unwilling to follow this, we encourage them to not purchase a ticket or ask for a refund.

HEN: And at this point, are there any new announcements about entertainment or panels?

DM: By the time you read this, our full schedule should be online or available via the Fan Guru app. We just announced a panel with voice and motion capture cast from the bestselling horror video game Resident Evil Village, which we’re very proud of — we’d love to do more around horror video games in the future, and are thrilled our first is with such a huge name in the genre.

We’re also debuting a talk-show style format hosted by Twirly the Clown, who guests may recognize from appearing at Queen Mary’s Dark Harbor and other events, and Barry, a monster puppet who’s a total jerk. And, of course, we have several panels dedicated to Halloween attractions big and small.

View our photo gallery of the 2021 Awaken the Spirits!