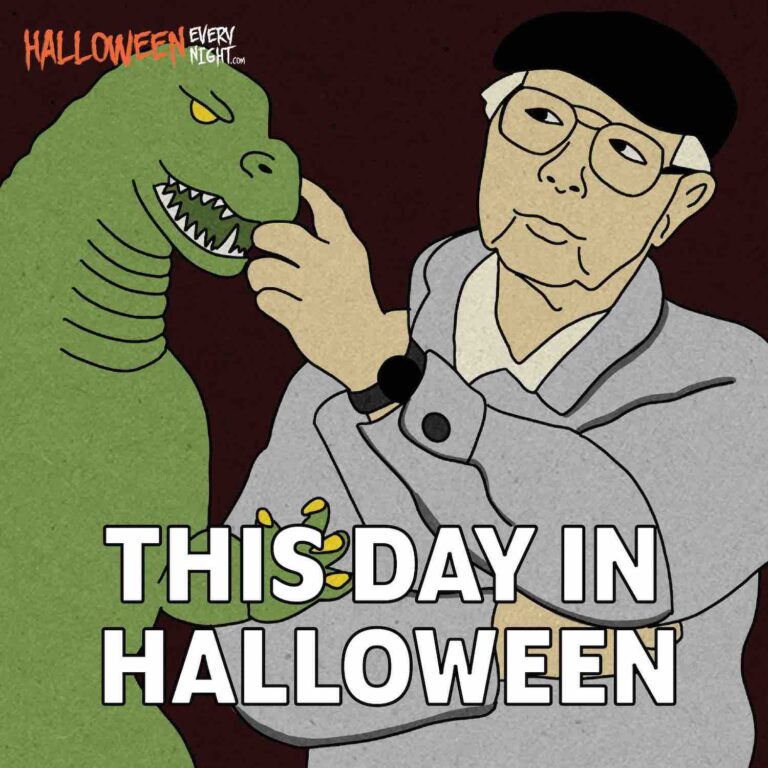 This Day in Halloween: Kaiju movie writer-director Ishiro Honda is born in Yamagata Prefecture, Japan in 1911. / Illustration by Angela Smith

Writer-director Ishiro Honda is born in Yamagata Prefecture, Japan in 1911. The father of kaiju movies, Honda either directed, or wrote and directed many of Japan’s classic giant monster movies from the 1950s to the 1970s, including the original Godzilla, Rodan, Mothra, Ghidora The Three-Headed Monster, and King Kong vs. Godzilla. He was mentored by Akira Kurosawa and retired from directing to assist on Kurosawa’s last five films. Honda died in 1993.