Ishiro Honda At 110: Sizing Up The Kaiju King 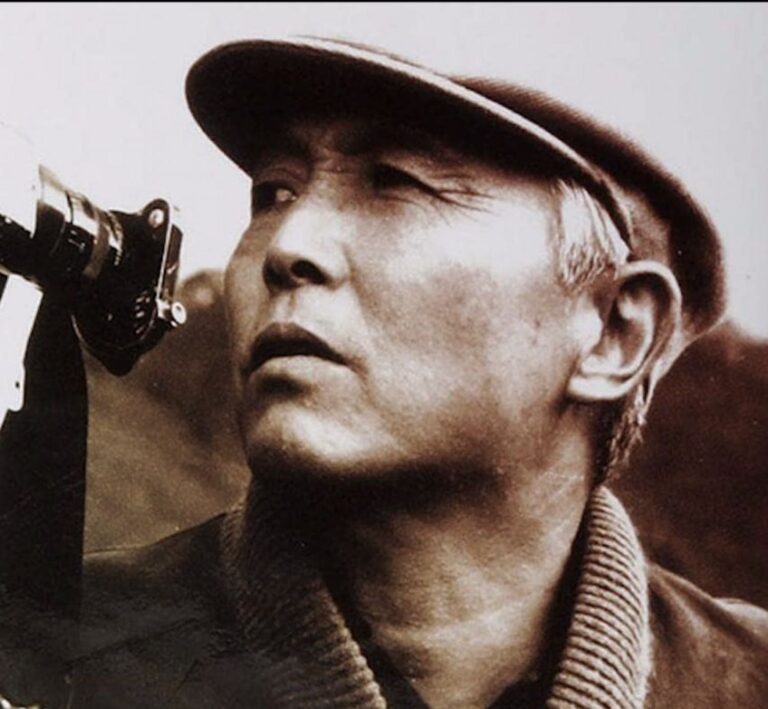 More than a century after his birth, the films of Japanese director Ishiro Honda remain notable and pioneering. He is the kaiju king.

A supersonically fast pterosaur is woken up by nuclear radiation.

An apelike monster fights a giant octopus in the middle of the ocean.

Welcome to the world of Japanese film director and screenwriter, Ishirō Honda, best known for directing the original Godzilla.

Although Godzilla has remained a household name for decades, there are many lesser known things about the man behind the kaijus. Here are five reasons to celebrate 110 years of Ishiro Honda.

Science echoes through his films

Growing up in a small rice farming village, Honda found his appreciation for science through the few science magazines he managed to get his hands on. When he moved to the buzzing city of Tokyo, his love for science blossomed at local science expos and movie theaters.

Honda took science fiction ideas like Godzilla—a story that many in the film industry laughed at—seriously. He even sought the expertise of university professors and scientists when working on various films in order to ensure its believability. From reaching out to biology professors for their thoughts on whether life in a gelatinous form was possible for The H-Man, to having many of his kaiju film characters turn to scientists rather than politicians in life-threatening situations, Honda respected science and injected a scientific lens into his films.

He created a ripple effect in America

Godzilla kickstarted a significant change between Japan and America after World War II. During a time when it was more typical for Japan to adopt American culture, Godzilla offered mid-1950s Americans a glimpse into Japanese culture. Kaijus—such as the giant flying Mothra and the three-headed Ghidora—were added to the worlds of science fiction and horror that Honda brought to life, paving the way for anime and manga entering the West. Honda also included famed monsters (King Kong and Frankenstein’s monster) in his kaiju films, placing Western pop culture figures in direct contact with those of Japan. And 67 years after the premiere of Godzilla, Honda’s influence on America continues to take effect, as seen by the release of the latest film inspired by Honda’s work, Godzilla vs. Kong.

He was a war-conscious humanitarian

Above all, Honda cared about humanity as a whole, not just Japan. Even as a POW in China, he was said to have treated everyone equally and befriended the locals who, after the war ended, offered him permanent residence. As he gained prestige as a filmmaker, he continued to treat people with respect, despite many in the industry doing the opposite.

Having been drafted three separate times, Honda had firsthand experience with the harm scientific advancements could bring to humanity when used irresponsibly. The atrocities of war—including the atomic bomb, which inspired the plot for Godzilla—led him to theme many of his films around the two avenues that scientific innovation could lead humanity to, peace or destruction.

Honda’s warning against nuclear war is most prevalent in his film The Mysterians, in which he uses an alien invasion to stress the importance of coexistence across cultures. Honda also used his films to warn humanity of nonscientific concepts. In one of his darker and lesser known horror films, Matango (known in America as Attack of the Mushroom People), Honda warns of the destructiveness of addiction and greed through the story of a group of people becoming stranded on an island only to find that they are unable to resist the temptation of mushrooms with mutative effects.

With the help of his wife, Kimi, who worked as a script supervisor, Honda strived to portray everyday women in his films. He valued Kimi’s opinion and actively sought her advice on screenplays, especially when it came to depicting female characters and the daily struggles they faced. Many of his films challenged traditional Japanese gender roles and were centered around young, strong-willed women. In Godzilla, Emiko goes against traditional female expectations by rejecting her arranged marriage to her father’s colleague and overtly dating Hideto Ogata, a man of the working-class. In Honda’s later film, Terror of Mechagodzilla, he features an even more compelling female lead: Katsura, a female cyborg seemingly void of emotion. She is repeatedly used and operated on by the men around her as she struggles to balance being loyal to her father, establishing a love life, saving humanity, and maintaining her own free will, rendering her one of Honda’s most complex characters by the time the epic battle between Godzilla, Mechagodzilla 2, and Titanosaurus ends.

He lived unconventionally and took risks

Love vs. stability was a relatable conflict that many of Honda’s characters underwent, but Honda also faced this challenge in his personal life. During a time when arranged marriages were considered the norm in Japan, Honda married his wife, Kimi, whom he met at Toho during the company’s early years. Kimi’s father refused to emotionally or financially assist them, seeing how his daughter was going against his wishes by marrying a man in an unstable career. However, that didn’t stop them from choosing love and starting a family of their own. Honda maintained this mentality of passion over practicality when presented with outlandish film ideas. At the time, Honda had a filmography consisting of documentaries and storylines void of monsters, so his sudden turn to tokusatsu films that incorporated heavy amounts of special effects was a risk. Coming at a time early in his career, Honda knew that Godzilla could make him the laughing stock of the film industry, but he was up for the challenge. Little did he know that this risk would lead him to producing an entire world of kaijus that continue to influence people all over the world today.

For an in depth look into Honda’s life, check out the biography, “Ishiro Honda: A Life in Film, From Godzilla to Kurosawa,” by Steve Ryfle and Ed Godziszewski. Many of Honda’s films are also available on YouTube, iTunes, Prime Video and other streaming services.