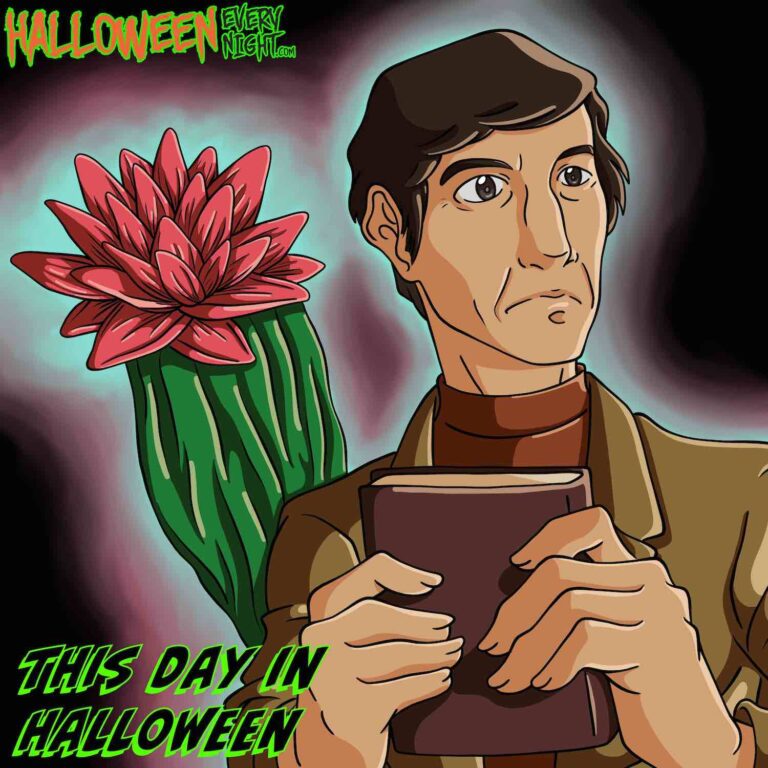 This Day in Halloween: Actor Leonard Nimoy is born in Boston in 1931. / Illustration by Jocelyne Reyes.

Leonard Nimoy is born in Boston in 1931. He died in 2015. Known primarily for his role as Spock in the Star Trek franchise, his long career also includes Zombies of the Stratosphere, Them!, The Brain Eaters, and Invasion of the Body Snatchers, and episodes of The Twilight Zone and The Outer Limits, Night Gallery as well as narrating the long-running mystery documentary show In Search of … He died in 2015.