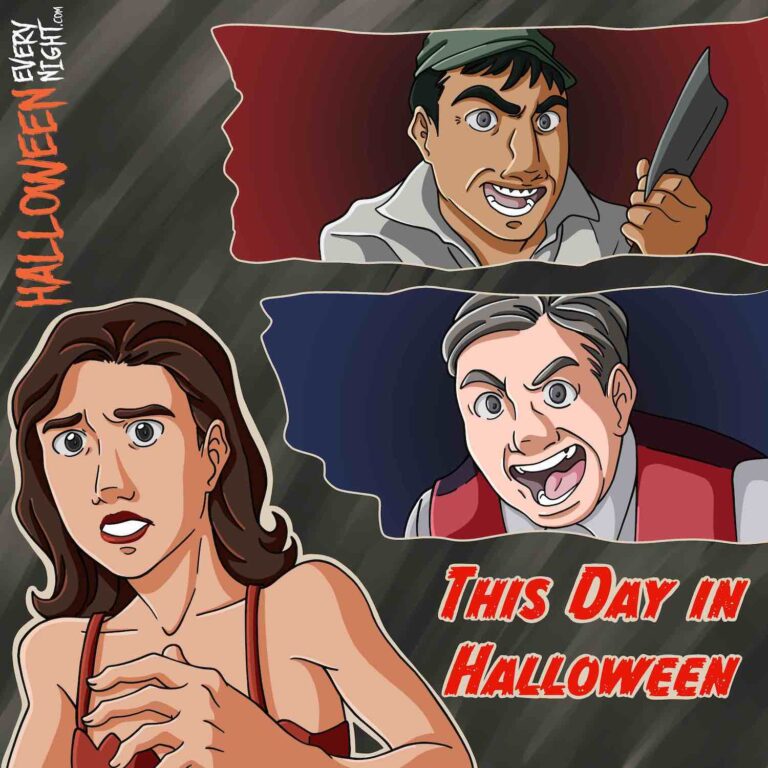 Two Thousand Maniacs! opens across the U.S. in 1964. The Southern gore film is the second of what is known as “The blood trilogy” by director Herschell Gordon Lewis and is shot in 15 days. The film is severely cut by the MPAA, plays mostly at drive-ins in the South, but immediately becomes a cult hit.