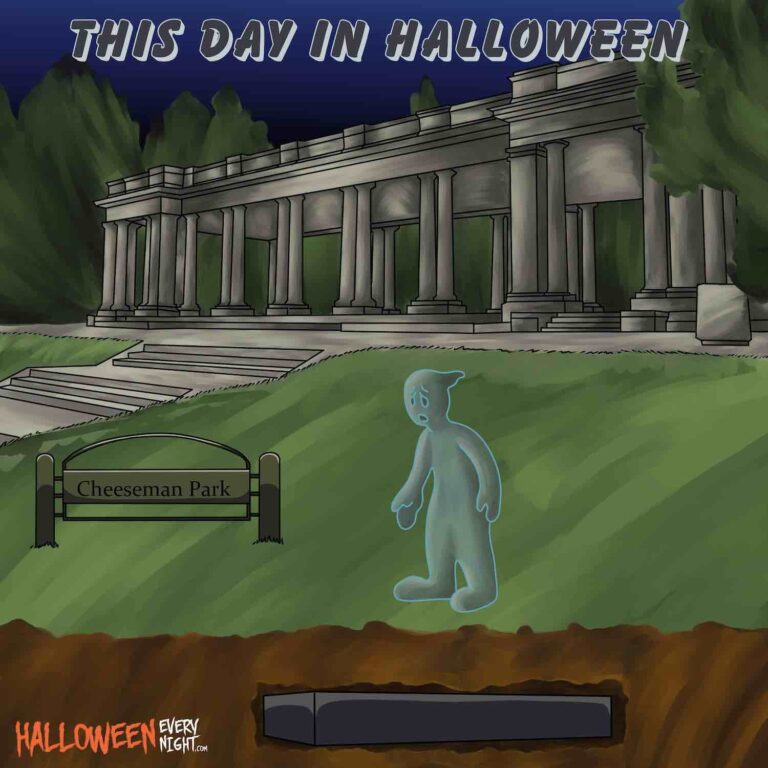 This Day in Halloween: A Denver paper publishes “The Work of Ghouls” in 1893, exposing a scandal that leads to tales of Cheeseman Park being haunted and eventually the film "Poltergeist." / Illustration by Jocelyne Reyes.

The Denver Republican publishes the story “The Work of Ghouls” in 1893, which exposes undertaker E.P. McGovern for desecrating the bodies he has been tasked with relocating so the city can turn a cemetery into a park. Though he is fired and many of the bodies never relocated, Cheeseman Park is built over the cemetery, inspiring a haunted reputation and ultimately inspiring the movie Poltergeist.