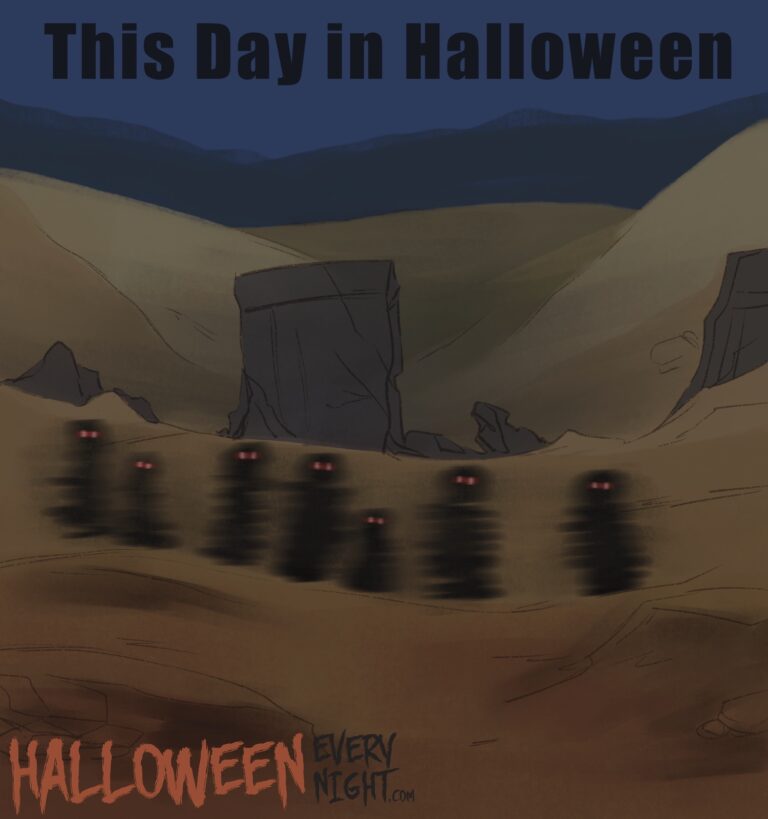 This Day in Halloween: The St. Francis Dam breaks in Calif. in 1928, killing 431 people. The victims now allegedly haunt the canyon. / Illustration by Summer Ward

The St. Francis Dam breaks in Santa Clarita, Calif. in 1928. Engineer William Mulholland’s design collapses a few minutes before midnight, flooding the San Francisquito Valley and killing at least 431 people, many of whom helped build the dam. One of the worst engineering disasters of the 20th Century is also the second worst loss of life in California, behind only the 1906 San Francisco earthquake. The ghosts of the victims — as well as the sound of water — is  allegedly a common sight and sound in the valley.