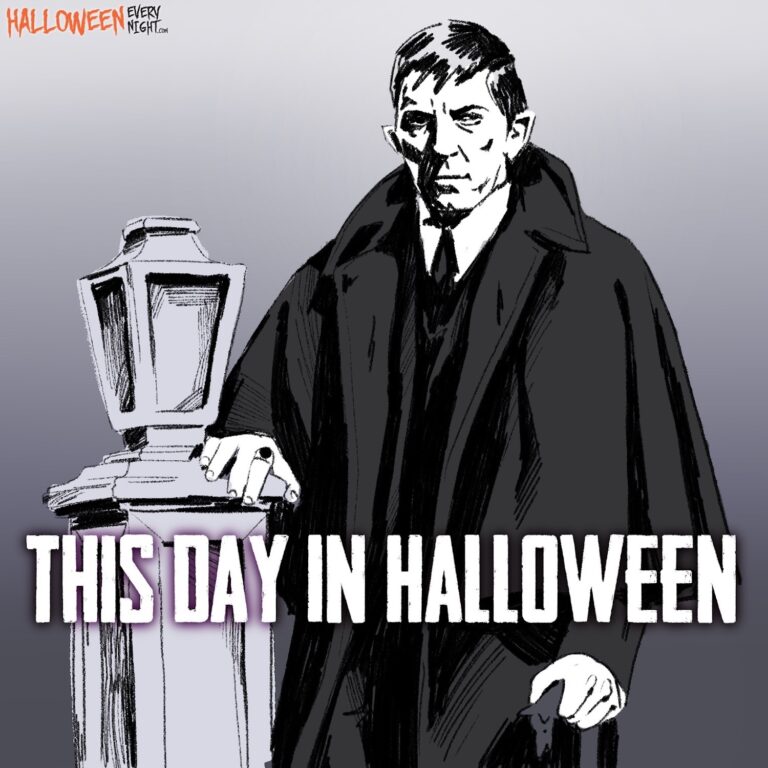 This Day in Halloween: The Gothic horror-themed weekday soap opera "Dark Shadows" premieres on ABC in 1966. / Illustration by Annika Krein

Dark Shadows premieres on ABC in 1966. The Gothic horror-themed weekday soap opera produces 1,248 episodes over a unique five-year run of vampires and the supernatural, gaining a cult following that spurs a series of novels, a pair of movies in the early 1970s as well as Tim Burton’s 2012 dark comedy, two TV revivals, a stage play and an audio drama.