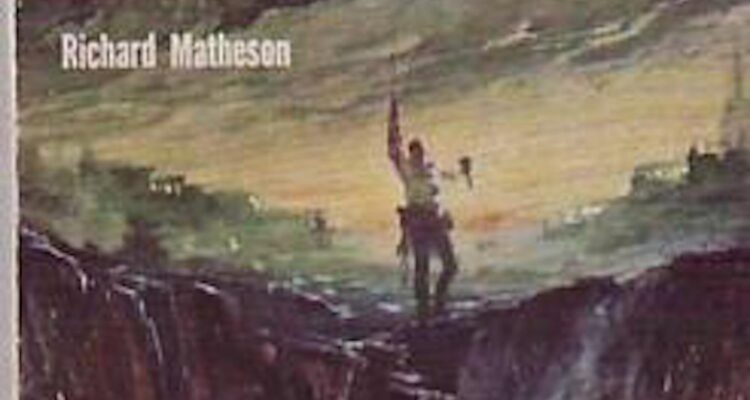 Richard Matheson's "I Am Legend" became a hugely influential book to writers and filmmakers, though the first printing (cover pictured here) was not an immediate success.

Released in August 1954 to mixed reviews and little fanfare, Richard Matheson’s seminal novel I Am Legend survived its inauspicious publication to leave a remarkable and genuine legacy, celebrating its 65th anniversary in August.

Serving as the inspiration for at least three feature film adaptations, one comic series, and a radio broadcast, I Am Legend has also been cited as an inspiration to numerous icons of the film and literary world.

Labeled a modern vampire tale upon release, Legend extends beyond the conventional vampire tropes and evolves the ancient creatures of the night into something more.

It’s 1976, and as the population is all but wiped out from a series of dust storms and mosquitos, the dead return to life with a taste for blood and destruction.

Surviving these creatures is Robert Neville, who spends his days foraging for supplies before retreating to the security of his home by nightfall to avoid the creatures. With the monotony of the days further worsening his loneliness, Neville staves off insanity by profusely drinking, listening to classical music, and resolving to find a cure. It is through this first-person account of life in isolation that I Am Legend is a bonafide success.

Matheson’s window into Neville’s daily routine reveals to the reader the true horror of being the last person alive on Earth. From explicitly documenting Neville’s sexual frustration to his bouts of painful family flashbacks, life in post-apocalyptic Los Angeles is his burden to carry; however, his unrelenting will to survive and volition place him as a hero for the ages. The novel is just the beginning of Neville’s long legacy in horror lore. 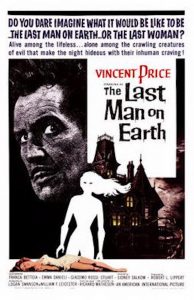 Ten years after the release of I Am Legend, American International Pictures released a film adaptation of the novel starring horror icon Vincent Price entitled The Last Man On Earth (1964). Of all the film adaptations, Last Man not only stays most true to the chief plot line of the novel, but maintains central characters, such as the enigmatic Ruth and undead Ben Cortman. Despite the film changing Robert’s surname from Neville to Morgan,  Price’s Last Man character embodies the unpredictable wave of emotions felt by a man in complete isolation. Notably in one scene in which a reminiscent Morgan breaks off into hysterical laughter before being reduced to tears. His desperation to find another living being is often met with disappointment or trouble, as in the cases of the dog and Ruth respectively, sentiments represented both in the novel and film. 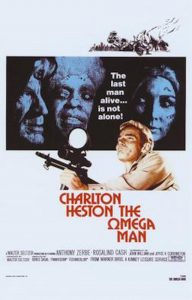 Less than a decade passed before the novel saw it’s second film adaptation come to fruition with the release of the Charlton Heston-led film, The Omega Man (1971). The concept of life alone in isolation is challenged with Heston’s character, Neville, who finds refuge with a small group of survivors, including a love interest named Lisa. Together, they challenge the advances of The Family–a cult of mutants intent on killing Neville. It’s no secret that Heston’s performance strays from the meek, alienated feelings evoked by Price and settles for a larger than life character who knows his place in the world. The villains in this film are the closest things to humans seen in any of the other films, and appear organized in their attack on the remaining survivors. What separates this film from the others is the romantic relationship between Neville and his female counterpart, Lisa. Females in the both Last Man and Legend are involved with their respective versions of Neville, however do not share a romantic relationship with him. The film is also notable for filming one of the first on-screen interracial kisses, something seldom seen before The Omega Man.

It would be over three decades before a third remake entitled, I Am Legend (2007), would be released. With Will Smith portraying Neville, the film was both a critical and commercial success, ultimately grossing $585 million. In this iteration, the antagonists are humanoid creatures known as Darkseekers, with traits similar to that of vampires (eg. sensitivity to sunlight, bloodthirsty). Neville is a scientist for the U.S. Army who is working desperately on a cure for the disease that ravaged his community and led to the death of his family.

This film differs from the novel and other film adaptations in that Neville has a dog serving as his travel companion for most of the film. Much of the characters are in fact different in their intentions, such as Neville’s female counterpart, Anna, who bears him no ill will and is adamant about finding safety. The film’s ending also strays from the novel and previous films in that Neville uses a grenade in a murder-suicide to allow Anna and her young companion, Ethan, the chance to survive the horde of Darkseekers.

The silver screen wasn’t the only place Legend carried out it’s influence. In 1991, horror comic book authors Steve Niles and Elman Brown released a volume of four graphic novels entitled Richard Matheson’s I Am Legend. Both in 2007 and 2018, Canadian actor Angus MacInnes participated in a nine-part reading of the novel on BBC Radio.

Six years have elapsed since Richard Matheson’s passing, however his profound influence in both literature and film are well felt. With his novel, he not only inspired a multitude of icons, but cultivated a new life for himself. He would become one of the most sought after writers in Hollywood, writing the adaptation of his novel for the film The Incredible Shrinking Man, a dozen episodes of The Twilight Zone, an episode of Star Trek, three of Roger Corman’s Poe films, again write his own adaptation for Steven Spielberg’s Duel, as well as The Legend of Hell House and Somewhere in Time, two Hammer films, the hit TV films Trilogy of Terror and The Night Stalker.

Perhaps as fitting tribute to the writer’s long success, in 2010, his first novel, Hunger and Thirst was finally published.

Matheson’s magnum opus spread its influence far beyond his own work. Night of the Living Dead (1968) director George A. Romero cites I Am Legend as a driving force for his popularization of the zombie-vampire genre, while horror author Stephen King admits the novel was an inspiration. Writer Anne Rice and director Edgar Wright also say Matheson was an inspiration. Matheson has been lauded and celebrated for his numerous achievements by numerous organizations, including induction into the Science Fiction Hall of Fame in 2010.

Matheson’s literary ascent began with I Am Legend and while it’s a legacy that spread slowly, it is one that continues to grow 65 years later.