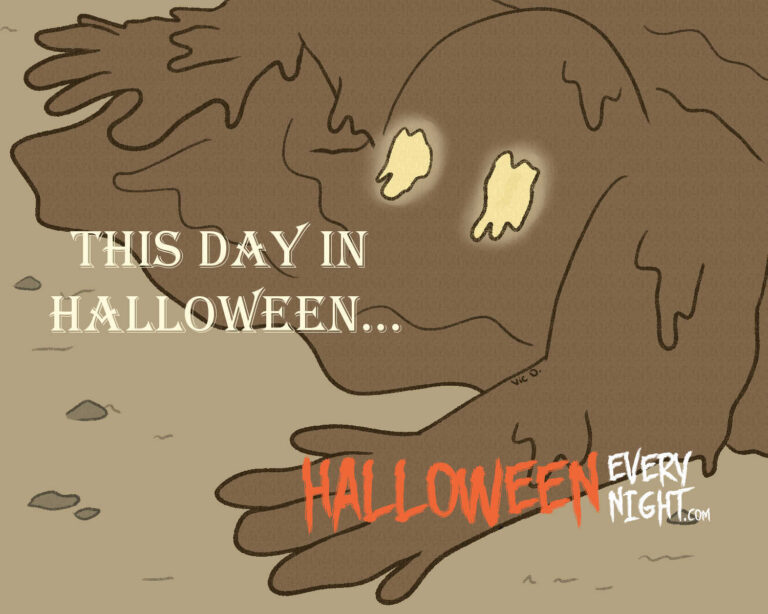 This Day in Halloween: Silent horror film classic "The Golem" premieres in Germany in 1915. / Illustration by Victoria Diaz.

The Golem premieres in Germany in 1915. Co-written, co-directed and starring Paul Wegener, the film is the first of a trilogy drawing upon European folklore about a creature created to protect the Jews from anti-semitism. The silent film is considered partially lost, but different experts have claimed at least one complete print exists.