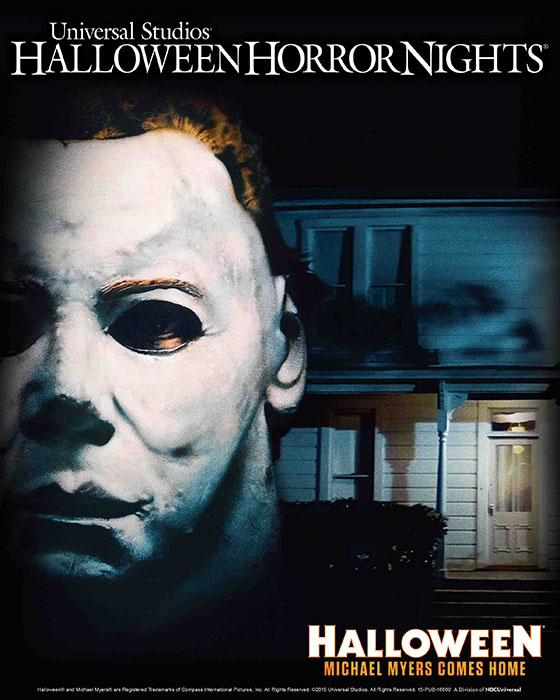 I’m a little embarrassed to say I’d never been to Halloween Horror Nights at Universal Studios before.

It’s kind of like how people used to ask me if I watched True Blood and I said no, and was greeted by a wide-eyed “What…?” (I eventually did get into it and I enjoyed the show, minus the finale – but that’s another story.)

Or how people assume I watch American Horror Story – which I don’t – and, yeah, same response.

I’m most of my friends’ designated horror geek, so they assume I have just magically absorbed every bit of horror entertainment there is. And, believe me, I try. And American Horror Story is definitely on my list (but I want to see it from the beginning; and yeah I know, you don’t have to, but I’m OCD like that).

Before I continue to embarrass myself more, I’d just like to say, I have always intended to visit HHN, but never got to it because of time, money, distance, etc. etc. But I have no more excuses and I got myself up there on Halloween night.

I’ve heard good things, but I never really hold my breath when it comes to stuff like this so that I’m not disappointed. I have to say, this definitely lived up to what I’d heard.

As a whole the mazes, props and characters were incredibly detailed and really pro quality, which shouldn’t be a surprise considering they’re designed by a studio.

While each maze and attraction had things I quite enjoyed, here are my favorites:

Halloween: Featuring a lot of Michael Myers and even a bit from the random, topically unrelated 1982 sequel Halloween III: Season of the Witch, which was woven in expertly even if the actual movie was not, this maze had a great mix of jump-at-you scares and scene-setters straight from the films.

Insidious: Full of jump-inducing, creepy dead things from the films, this maze had some great design elements. I loved the prominence of the bedroom and closet scenes, which helped bring back some super creepy moments from the movies.

Crimson Peak: Unfortunately I still haven’t seen this film, but you don’t really need to for the maze. It sets the scares up quite fluidly and the scenes look very familiar just from watching the trailers.

Terror Tram: Survive The Purge: I know I’m supposed to come up with some super eloquent description, but I can’t help but just gush out “awesome.” Because it is. I’ve heard from friends that the previous years’ The Walking Dead Terror Tram experience should be similarly described. Well, as we know, I missed those. But this year’s Purge experience impressed me anyway. There were some incredible design elements, including what appeared to be actual 747 airplane wreckage – if it wasn’t real, it came crazy close. The chainsaw-wielding Purgers were equally realistic, but fortunately for all of us, not real. Needless to say, it was a good time.

So with that, I’m no longer the lamest person in the horror world, because now I’ve been to HHN and loved it. And if you haven’t been, you still can.