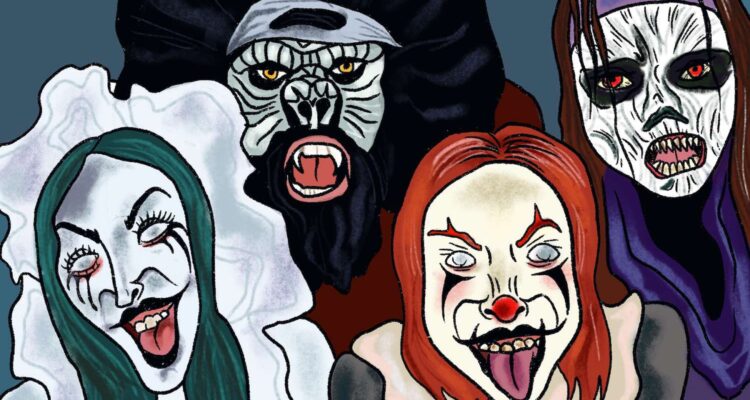 A Halloween season without Knott’s Scary Farm would have seemed unthinkable to horror fans this time last year.

But here we are.

And though it’s certainly been challenging on many levels, the Halloween and horror community has united in working hard to save Halloween, and creating all kinds of experiences and events designed to meet the needs of our current, socially distanced way of life.

However, we can’t let the peak of the Halloween season pass without reflecting on the place that has done so much in unifying and helping create the horror community to begin with.

“It’s safe to say that Knott’s literally created a subculture and opened the door for large-scale Halloween events not just in Southern California, but around the world when the very first Halloween Haunt was unleashed in 1973,” says Rick West, Midsummer Scream creative director and former theme park blogger. “For the past nearly 50 years, other parks and attractions have followed suit and have dragged guests kicking and screaming into darkness and swirling fog, though none can compare to the original in historical scope or scale. Knott’s has the ‘In the beginning…’ legacy that cannot be replicated or overshadowed with any budget. Haunt is like a very fine, blood-red wine that’s taken decades to perfect. Make no mistake — it all began at the Scary Farm in Buena Park.”

“Knott’s Scary Farm was the first Halloween-themed, hard-ticket event at a major theme park in the world. All others have followed. Much of the SoCal Halloween community derived as a connection to these events,” says Dougherty. “Halloween events and attractions at theme parks all trace their roots back to Knott’s Berry Farm. By default, the different vendors, artists, designers, etc. for seasonal events and attractions at theme parks have all taken some bit of Knott’s Scary Farm in their respective areas of work. Sometimes the lineage may run so deep that the vendors may not even realize some of what they are working on was developed at Knott’s Berry Farm many years ago.”