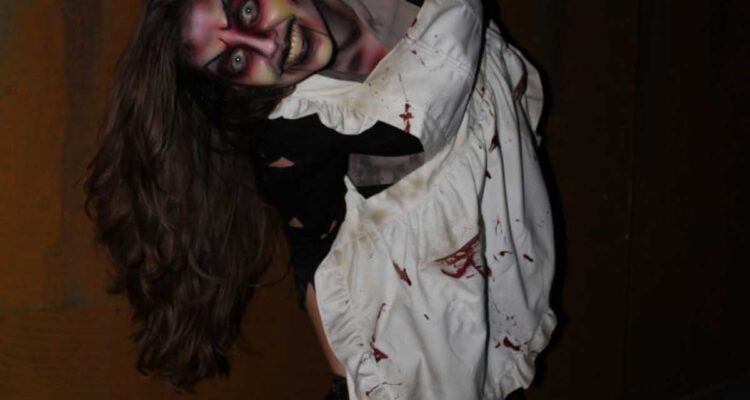 Dark Harbor Returns, and Brings With It a Sinister Circus

Once again, the waters off of Long Beach turn sinister with a Queen Mary Dark Harbor event. But you won’t have to wait ’til October for these aqueous thrills.

Fans of the ship and its infamous haunted history are invited to attend the first-ever Sinister Circus, a costume ball that will take place the night of July 29 aboard the ghoulish vessel itself.

The crew behind the Sinister Circus says that the inspiration for the event comes from the Mills Circus painting aboard the ship. “The moment the beautiful painting was restored and displayed, it sparked our Circus maze and the Sinister Circus itself,” says Charity Hill, one of the producers behind Dark Harbor. “It’s Water for Elephants meets It on Halloween.”

Not only can guests expect sneak peaks of this year’s Dark Harbor, but Sinister Circus will be bringing its own cavalcade of garish delights. Guests are invited to dress up for the event for a chance to win cash prizes, and to dance under the stars on the deck of the Queen Mary itself to the sounds of a zombie DJ.

“The Mills Circus painting is one of the remaining original pieces of artwork that was commissioned for The Queen Mary,” explains Steve Sheldon, former director of entertainment events for The Queen Mary and now head of EPIC Entertainment Group. “That painting gives the beholder a behind-the-curtains view into what one might imagine would be happening during a circus performance; the idea of Sinister Circus was to bring our audience behind-the-scenes and give them an opportunity to ‘meet the monsters’ of Dark Harbor in a more intimate setting.”

Familiar ghouls will be making an appearance to welcome guests and will be introducing an entirely new frightening face. “It’s sort of his coming-out party,” says Hill.

Sinister Circus will take place aboard The Queen Mary on Saturday, July 29, from 8 p.m. to 1 a.m. following day one of Midsummer Scream.

Dark Harbor is set to take place from Sept. 28 to Nov. 1. Tickets are now on sale.