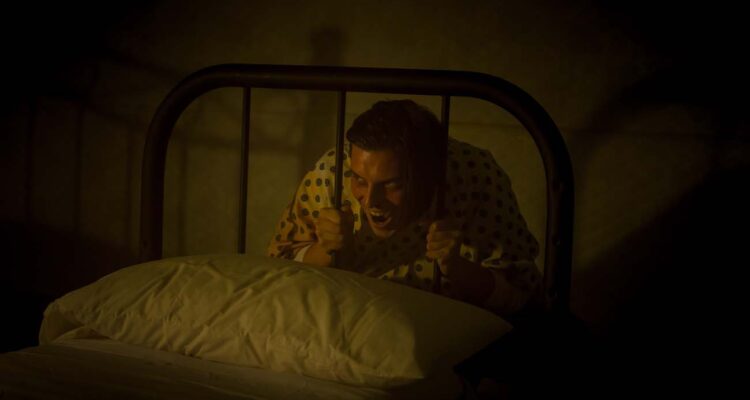 In a fantastic new mixing of modern storytelling with classic theater, the minds behind Creep LA have partnered with Amazon to bring you Creep LA: Lore, an immersive theater experience based off of the soon-to-be-released Amazon series, Lore, itself an adaptation of Aaron Mahnke’s podcast of the same name.

The idea behind Lore in all three of its iterations is to expose people to the truths behind some of our most infamous myths and legends. The Amazon series dramatizes the true stories behind vampires, séances and possessed dolls, and Creep LA brings audience members right into the middle of those reenactments, immersing them in some of the most bizarre true tales in history.

We had the chance to talk to Justin Fix, the man who started Creep LA, to get some of his history and the history behind this year’s theatrical experience. “The opportunity just lent itself,” he explains. “Amazon was looking for a new, non-typical way of reaching consumers with this new series, and immersive theater made so much sense. These are stories told by word-of-mouth, and they’re passing not just from actor to guest but also from those guests to their friends. Each journey becomes a personalized experience that they’re going to want to tell their friends about, and that’s going to generate buzz for the Lore name.”

This personalization is something that Fix and his cohorts pride themselves on, and something that they aim to deliver in spades once Creep LA: Lore starts up. “People are going to feel like they’ve been given a performance, not just pushed through an experience. They’re going to see the time and attention that’s been put into this show; the music design of this year especially will blow people away.

“We were inspired by what Amazon did with these podcasts, taking this audible-only story and putting [it] into a live thing. Now we’re taking these visual stories and putting real people in them, which is always how these folk legends were meant to be experienced. People want to live these stories; they want to find out where real fear comes from.”

As for the business behind Creep LA, Just Fix It Productions, Fix believes that he and his team are ready to expand their production. “I started this along with some of the most talented people I knew, and all of the feedback we got from people after just the first year told us to do it again, and so we did and just kept going. We don’t need to be limited to just the fall season; we want to do this stuff year round, to maneuver through the city and new forms of entertainment to achieve the best results. This is the future of storytelling.”