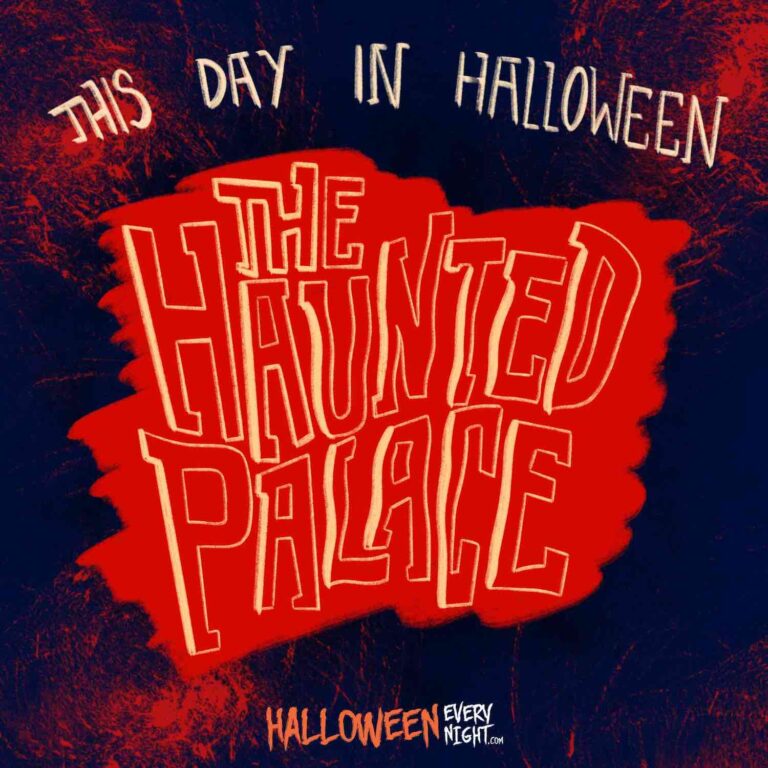 This Day in Halloween: Roger Corman's "The Haunted Palace" starring Vincent Price premieres in Cincinnati in 1963. / Illustration by Gabriela Vega

The Haunted Palace premieres in Cincinnati in 1963. Though billed as an Edgar Allan Poe story, the Roger Corman film was actually based on H.P. Lovecraft’s The Case of Charles Dexter Ward. Starring Vincent Price and Lon Chaney Jr., the film’s screenplay also has contributions from Francis Ford Coppola. Clips from the film would later be used in the Price film Madhouse.