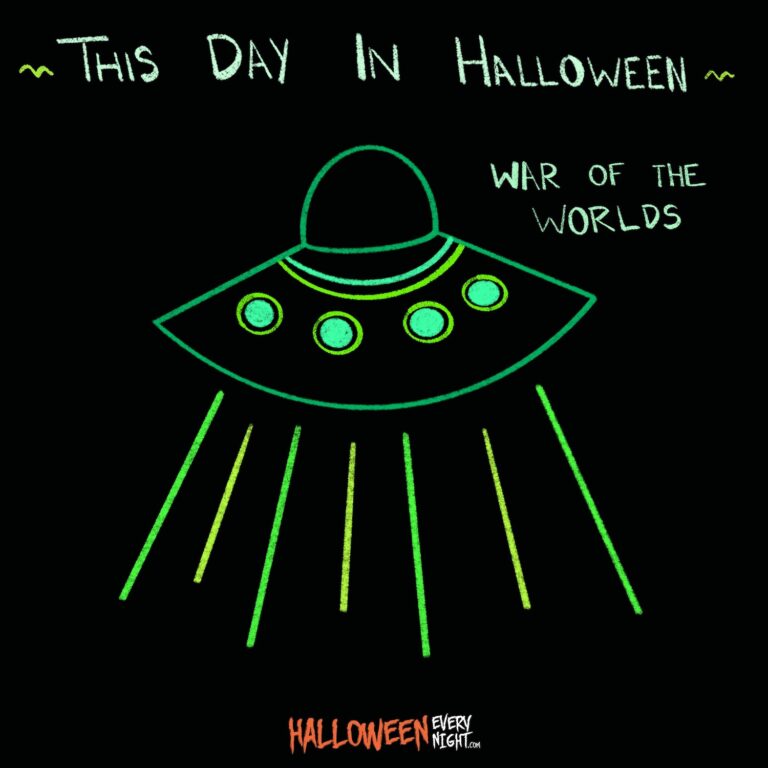 This Day in Halloween: The Oscar-winning classic "War of the Worlds" opens across the U.S. in 1953. / Illustration by Gabriela Vega

War of the Worlds opens across the U.S. in 1953. The sci-fi horror classic directed by Byron Haskin, updates H.G. Wells’ classic novel from Victorian England to 1950s Los Angeles and is the first film version of the story. The film won an Oscar for Best Visual Effects. In 2011 it was added to the Library of Congress’ National Film Registry for preservation.