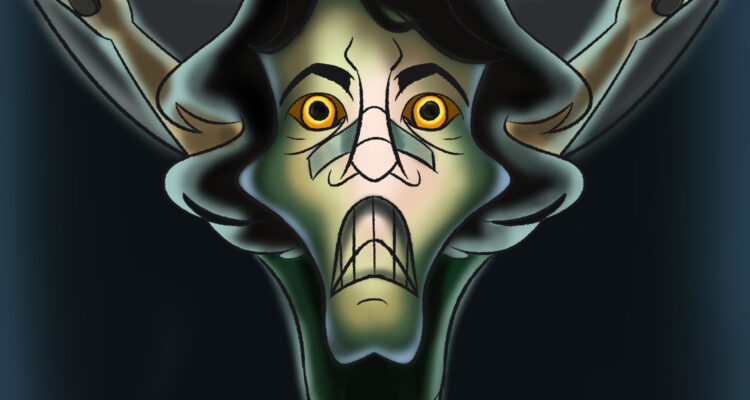 This Day in Halloween: William Peter Blatty's "The Exorcist III" opens across the U.S. in 1990. / Illustration by Ashley Oliman.

The Exorcist III opens across the U.S. in 1990. Written and directed by Exorcist novelist William Peter Blatty, the third installment in The Exorcist series is based loosely on the Zodiac killer and stars George C. Scott. The film receives mixed reviews and is a modest success at the box office, but the attempt over the years to restore a director’s-cut version full of allegedly lost footage has intrigued critics.