Edgar Allan Poe Goes To The Opera With ‘Usher’ 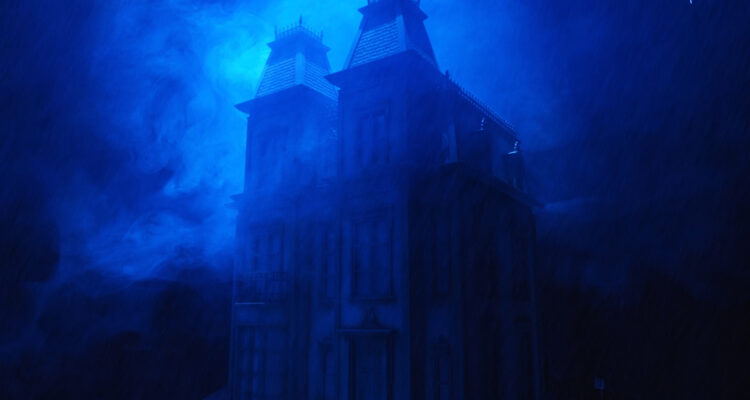 The Boston Lyric Opera is doing something different with one of their latest productions. Maybe it’s because of the source material.

A new production of Edgar Allan Poe’s The Fall of the House of Usher almost demanded something out of the ordinary. And not just because of a pandemic. The opera would remain, but a complicated visual narrative would be added: The BLO turned their opera into an edgy, arthouse movie.

The screenplay, written by Raul Santos, and using the Phillip Glass opera and Arthur Yorinks libretto, twists Poe’s dark metaphorical tale into a larger narrative about migration in modern America.

Halloween Every Night talked with Santos about the production and inspiration from the birds.

Halloween Every Night: What did you think about the decision to produce this as a unique animated film and not simply a video of people singing?

Raul Santos: I don’t think either BLO producer Brad Vernatter or director James Darrah ever had the intention of just recording a live performance. When they reached out to me, they already had in mind creating a film adaptation where the medium could add something meaningful to the story. When Covid made it impossible to stage the project as they had conceived it, they saw this as an opportunity to create something new. The initial plan included filming the singers with a green screen but they were open to experiments. When I suggested the three-layered storyline, they embraced it and changed the production schedule, added more people to the crew, found a stop-motion studio, etc. It was amazing to see how quickly they were able to switch gears and get a new production running at full speed. This new vision did not include the singers on-screen but the dolls were crafted to resemble them.

HEN: What about Philip Glass’ music and Arthur Yorinks’ libretto allowed you to flesh out and expand on the story?

RS: Philip Glass’s music has this hypnotic effect that allows the audience to dive into their subconscious. I would just play the music on my headphones with my eyes closed and type whatever I was ‘seeing.’ Sometimes it was just a mess! Regarding Yorinks’ libretto and E. A. Poe, I couldn’t believe how versatile their words were. I guess that’s when you know you are working with great authors. I could create entirely different storylines and their words could still have meaning in those scenarios.

HEN: What did you think about the visual elements and how they aided the storytelling? What was your reaction to the way the artists brought your words to life?

RS: It was a pleasure to work with such a talented team. Not only did they take the story to a whole new level, but they also helped me to conceive it. We had a Zoom meeting where James introduced me to the team and I presented my proposal for the project. They immediately responded to it. Many of us in the team are immigrants, so I guess that the story spoke to them. In the following days, as I was fleshing out the concept, they would share their personal experiences in our Slack channel. Those stories served as real-time inspiration for the screenplay.

HEN: Why did you make immigration a central storyline in this interpretation?

RS: After our first conversation with Brad and James, I was wondering if there was any way we could bring this 19th century story to the present. Poe’s tale haa these inherent themes of depression, the decay of aristocracy, the sense of belonging in this country, when should we open the door, when should we close it… It is a constant theme in the history of the United States. I figured that just like William is an innocent person who goes to this decrepit house of Usher where strange things happen, perhaps it would be interesting to step in the shoes of an innocent migrant girl who is taken to a decrepit detention center where also strange things happen.

HEN: I’m really intrigued by the birds as a metaphor, how did that come about? The image at the end, of the swirling birds, for some reason reminded me of the old Police song “Message in a Bottle”: Seems I’m not alone in being alone/ Hundred billion castaways looking for a home — the image just spoke to me about the natural existence of, or universality of migration, but I’m really curious about your intent.

You are right about the universality of migration and the futility of our human efforts to draw lines on the planet to fence off anything we don’t like. We can’t stop birds.

But the funny story behind it is that I did not come up with the story, a bird relayed it to me. As I was working on the screenplay in a hotel in the South of Spain, a bird flew straight against a window next to me. It was very early in the morning, and the only people there were a cleaning lady and me. The cleaning lady dropped her mop and immediately picked up the little bird. She started whispering to the bird and massaging its heart. The bird did not move. I assumed it was completely dead. Suddenly, the CPR worked. The bird started shaking its wings and pecking left and right. The cleaning lady left it on a palm tree and backed off. A few minutes later, the bird flew away.

“The Fall of the House of Usher” is currently available for streaming for $10 exclusively on BLO’s operabox.tv