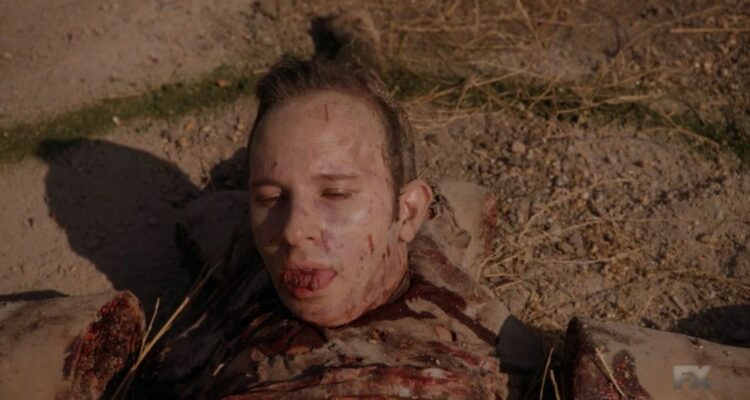 AHS Actor Says ‘Cult’ Will ‘Stand the Test of Time’

American Horror Story’s recently wrapped seventh season was a darkly satirical take on current American politics that, not surprisingly, also divided some fans, but the basic envelope-pushing dynamic of the show remained.

That envelope-pushing is something proudly embraced by the entire cast.

Actor Miguel Sagaz, who played SCUM member Bruce, who claims to have written the Zodiac Killer letter to the press in the seventh episode (called Valerie Solanas Died for Your Sins: Scumbag) recently chatted with Halloween Every Night about his experience on the show and why he is still a huge fan.

Halloween Every Night: When you were shooting the episode, were you told much about the storyline for the season or did you just have to play the scenes?

Miguel Sagaz: I actually discovered it along the way. Producers kept it secret from the actors. It felt like it was going to be a stand alone episode. I followed every twist like everybody else. I love the final shot of Ally (Sarah Paulson) putting on the green hood.

HEN: It was a controversial season. That’s not new for AHS, but this was a pretty scathing takedown of the things the divide American society right now. How does it feel to be a part of that?

MS:  I was incredibly grateful for the opportunity. But understanding the departure, the fear in Cult doesn’t come from supernatural things, it comes from the current situation. It’s the extremism that can become really harmful. We need to start listening to each other. Ultimately, the story is not only raw and rough, it was heartfelt.

HEN: How important do you think it is for the arts to address things like this? And is horror an effective vehicle for that?

MS: I feel like art in general is reflective of its time. And it should be. This is a reflection of the real horror and anxiety of our own lives. And even though it’s taken to extremes as always, it makes you think and that’s really important. I think that’s lovely.

HEN: Valerie Solanas and SCUM were real, do you know if your character is based on a real person? Did you have to read up on who Valerie and these people were?

MS: I definitely did some research and knew of her. But my research went further and I read the entire SCUM manifesto and was surprised you could buy it. She was incredibly angry with men. I was just trying to sympathize.

I tried to make it organically. I was trying to base it on somebody who sympathized with what she was doing.  It’s not everyday you have to beg for your life, so that was a challenge. But it wasn’t so much about me really.  In my mind, he did really exist and did want to be heard.

HEN: Are you a fan of the show and do you have a favorite character or season?

MS: I’m a really big fan of the show. Coven is one of my favorite seasons and Jessica Lange was wonderful in it. Hotel was also incredibly beautiful. I love the esthetic of it.  But I think Cult is going to stand alone. I think it will stand the test of time.