The Man Who Created ‘Jaws’ 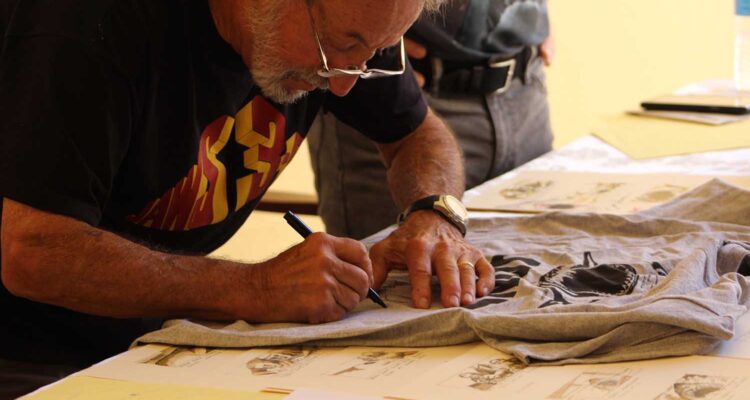 Production designer Joe Alves, creator of the mechanical shark in "Jaws" and whose work also includes "Close Encounters" and "Starman" signs a "Jaws" t-shirt and other collectables at the Fox Theater in Fullerton, Calif. / Photo by Jessica Peralta

He’s a legend in film history, still most film fans don’t know Joe Alves, who turns 84 on May 21.

But Alves’ work as a production designer is where he really made a name for himself in Hollywood. Alves created the shark for director Steven Spielberg in the original Jaws, making him part of film history. His work also includes Close Encounters, Escape From New York, Starman and as director for Jaws 3-D.

Halloween Every Night spoke to Alves in an exclusive interview at the historic Fox Theater in Fullerton, Calif. in 2019.