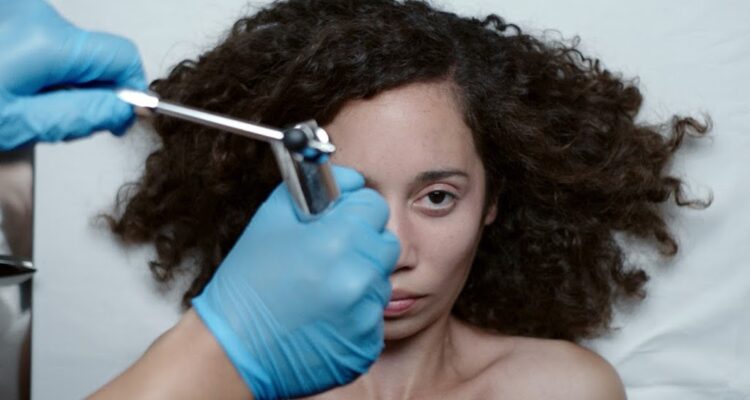 The fundraiser will take place Thursday, Sept. 19th at the Alamo Drafthouse Cinema in Katy, Texas and kick off at 7 p.m. with a screening of Marshall’s award-winning new film What Daphne Saw, a recent hit at the Horrible Imaginings Film Festival.

The screening is followed by a Q&A panel, live music, and VR experience offered by REEF (Radical Empathy Education Foundation). Tickets and donations are available online or at the door, with prices ranging from $30-$2,000.

Beginning in 2015 with mothers and co-founders Angie Goeke and Alicia Maroney, Not In Our City has since established itself as a proactive organization hell-bent on putting a stop to human trafficking, which according to the NIOC website is regarded as, “the fastest growing criminal activity in the world.” Utilizing the advent of popular media, particularly film and music, NIOC seeks to bring awareness of this issue to a wider audience and give a voice to the voiceless, especially in their home state of Texas which alone comprises 25% of all sex trafficking victims in the US., according to NIOC.

Helping lend a voice is Marshall, whose film highlights themes of abuse in an environment in which one has no control over.

“The goal in bringing this story to life was to express voiceless suffering, which is so difficult to convey in words, through the silent character of Daphne” Marshall says. “Anyone who has suffered abuse, physically or mentally, has felt voiceless and powerless. That organically branched into territories of social issues, including human trafficking.”

After being introduced by Daphne composer/producer and mutual friend Alex Winkler, NIOC funded the film and attended the film’s world premiere at the Horrible Imaginings Film Festival earlier this month. Together, NIOC and Marshall are continuing their stand against human trafficking, which lures between 100,000 to 300,000 Americans under 18 into the commercial sex trade every year, according to the organization.

Organizers believe with the ubiquitousness of mass media in our culture, the utilization of film and music as a vehicle for change can help spread awareness and help educate audience members.

“I do hope that people walk away from the film knowing that Daphne’s world is not much unlike our own.” Marshall says. “We see signs of abuse everywhere. Not just people like Daphne go through it. It’s not just people who look like villains who can be monsters.”