The Intriguer
This Day In Halloween
September 26, 2021 1 min read 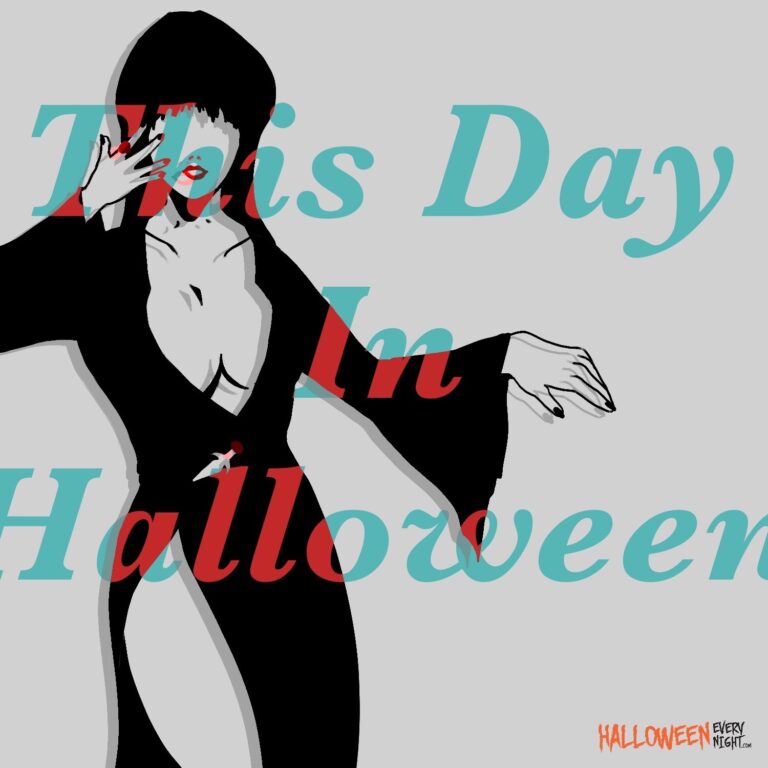 This Day in Halloween: "Movie Macabre" premieres on KHJ-TV, channel 9 in Los Angeles in 1981 and features the debut of Elvira, Mistress of the Dark. / Illustration by Emily Park

Movie Macabre premieres on KHJ-TV, channel 9 in Los Angeles in 1981. Hosted by the character Elvira, Mistress of the Dark, the show typically runs B-movie horror films with Elvira (played by actress Cassandra Peterson) hosting the show and poking fun at the movie throughout the Saturday night broadcast. The show would later become nationally syndicated and run until 1993. Peterson would also co-write, produce and star in two movies about the character.