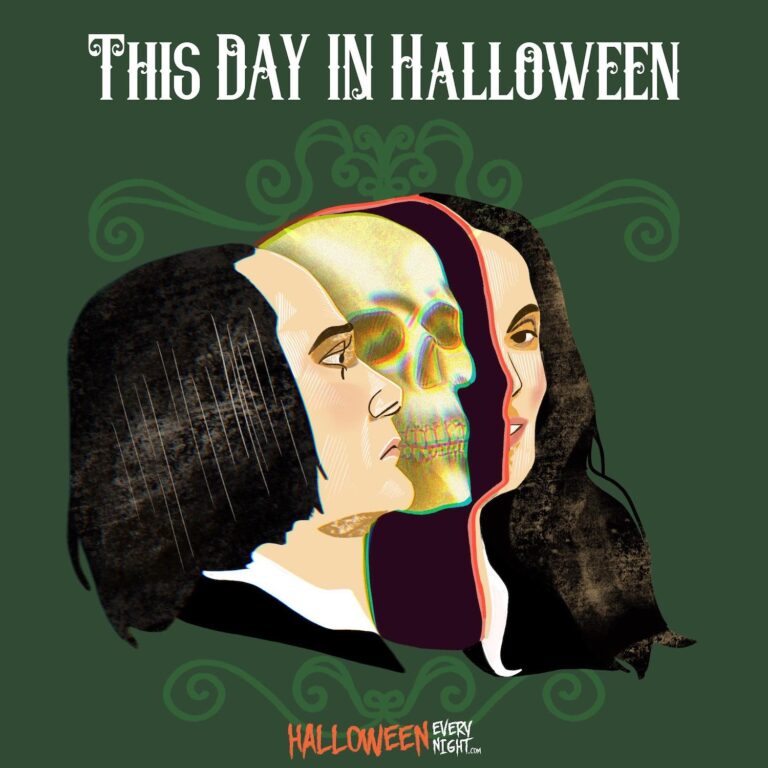 This Day in Halloween: Hammer Films' "Dr. Jekyll and Sister Hyde" opens in the U.K. in 1971. / Illustration by Allison Jimenez

Dr. Jekyll and Sister Hyde opens in the U.K. in 1971. Hammer Films’ twist on Robert Louis Stevenson’s classic novel was their third version of the tale and likely their most lasting. The film makes fictional connections to the Jack The Ripper and Burke and Hare cases and is directed by Roy Ward Baker, whose long career included several Hammer films, thrillers, comedies and episodes of British TV classics The Avengers and The Saint.