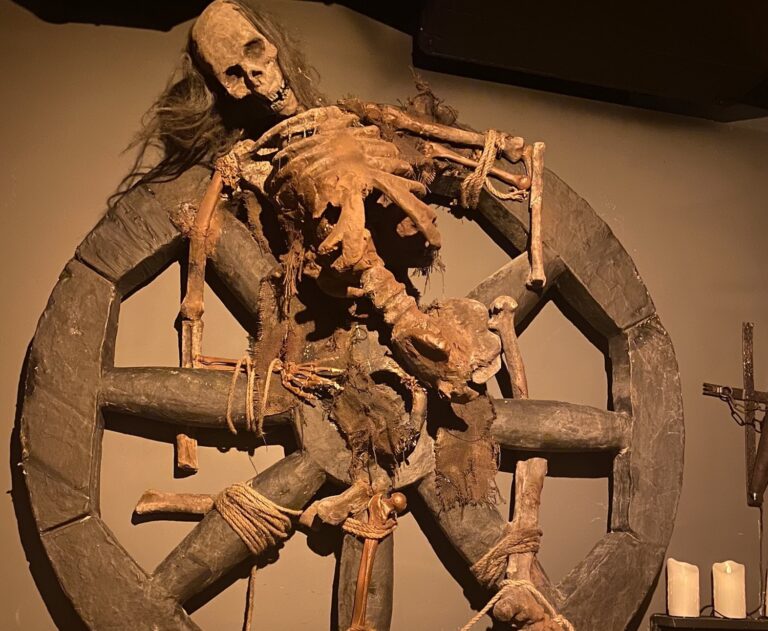 The dark history of human torture in the Middle Ages will be spotlighted when the new Medieval Torture Museum opens in Hollywood later this summer.

Following the museums in St. Augustine, Fla. and Chicago, the interactive museum features over 100 displays showcasing a mix of authentic and replicated torture devices. Museum tickets are available for purchase online.

The mix of authentic and replicated torture devices — with the help of some very sympathetic mannequins — reveal just how gruesome various acts of torture actually were.

Among the items the museum promises in its collection is an actual guillotine blade. While the apparatus has been fabricated, the crashing blade might still be able to sever a head. Another authentic piece is the electric chair, said to have electrocuted more 400 people. Also, most of the tools displayed throughout the museum are authentic and showcase just how primitive the torture techniques were during that period.

The museum tour will feature an app-based audio guide that will provide background information on the exhibits throughout the tour.

The owners’ inspiration for this museum came from torture museums in Eastern Europe. The displays at these museums did little to evoke emotion, they said, as all were kept behind glass. The concept of the Medieval Torture Museum is to let those who are brave enough to visit, participate in the history of human torture, as both the tortured and the torturer.