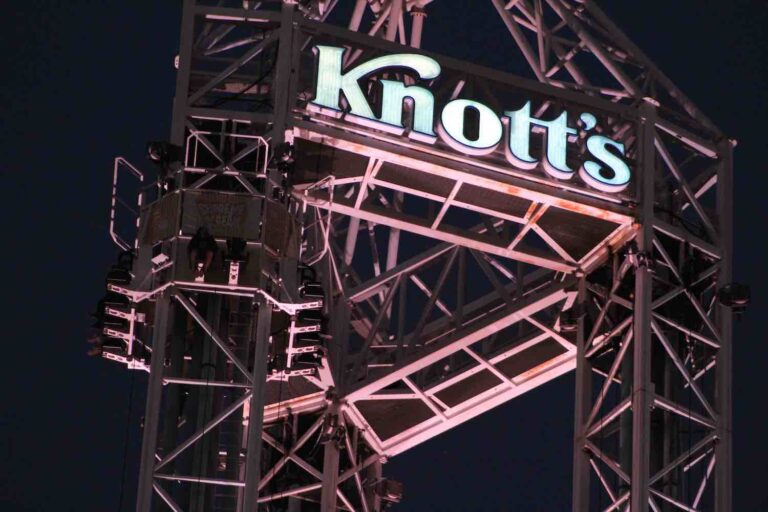 Knott's Berry Farm has instituted a new chaperone rule at the park and Soak City Waterpark after a night of fighting teens closed the park early. / Photo by Jessica Peralta

Knott’s Berry Farm has issued a new chaperone rule for teens for both the main park and its Soak City Waterpark effective July 22, the park announced July 20.

Under the new rule, all visitors under age 18 must have an adult with them to enter the park on Fridays and Saturdays. The rule will remain in effect, “until further notice,” the park said.

The new policy states “all guests ages 17 years old or younger must be accompanied by a chaperone who is at least 21 years old to be admitted to the park.”

And for those looking for loopholes, there aren’t any.

The announcement continues “The chaperone must present a valid photo ID with date of birth. One chaperone may accompany no more than three guests ages 17 or younger per day. Chaperones must accompany their party during entry, remain with their party at all times during their visit to the park, and be available by phone throughout their stay. Guests ages 17 years old or younger who are found inside the park unaccompanied by a chaperone will be subject to ejection.”

And in the announcing of the policy change, the park also restated a series of prohibited acts, including: no weapons of any kind, verbal or physical aggression, harassing, threatening, lewd behavior, clothing with offensive language or images, public intoxication, and smoking or vaping.

UPDATE: On July 26, Knott’s announced two changes to the new chaperone policy. First, that all visitors under age 18 must have an adult with them to enter the park on Fridays, Saturdays and Sundays. Also, that one chaperone may accompany no more than four guests ages 17 or younger per day.