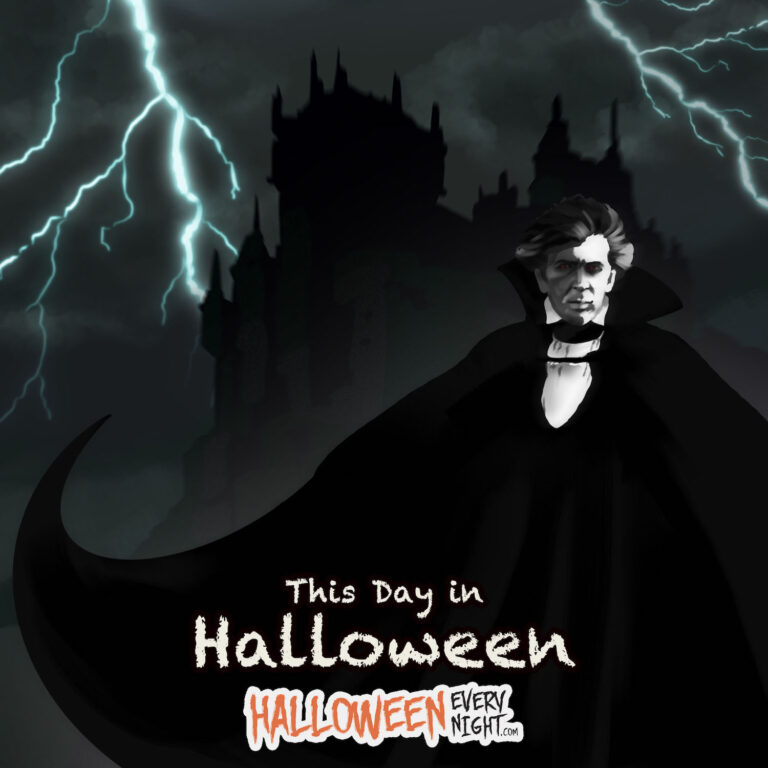 This Day in Halloween: "Dracula" -- based on a Broadway play starring Frank Langella -- opens across the U.S. in 1979. / Illustration by Holly Vigil

Dracula opens across the U.S. in 1979. Frank Langella reprises his Broadway role in a more romantic take on Bram Stoker’s classic novel that also features Laurence Olivier, Donald Pleasence and Kate Nelligan. It is the third Dracula film of the year — behind Nosferatu the Vampyre, and Love At First Bite — and is only mildly successful, yet wins the Saturn Award for Best Horror Film.