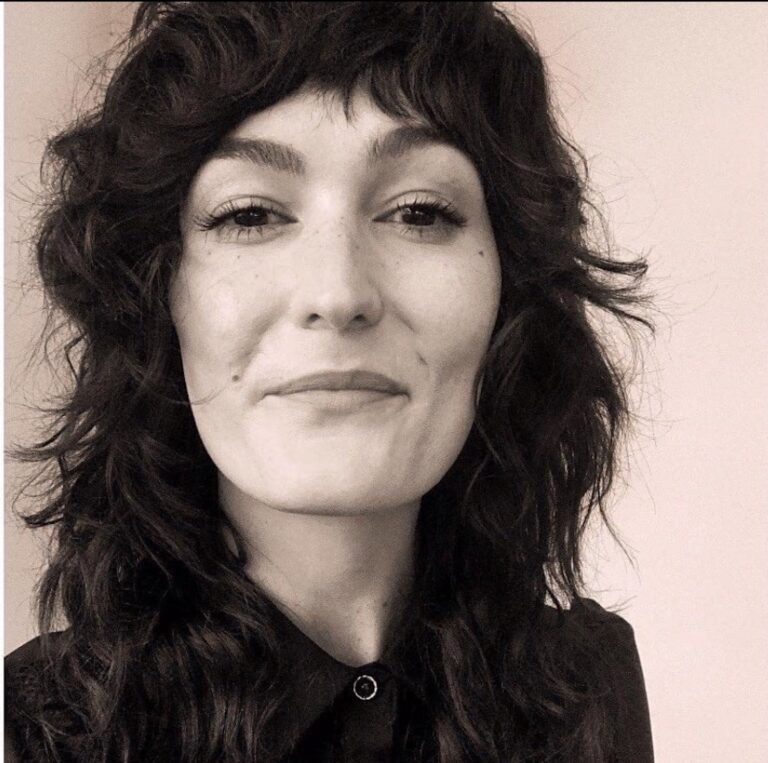 Hairstylist Katie Ballard runs a very busy hair department for AMC's "Creepshow." She talked to Halloween Every Night about her career and work on the horror anthology show.

The day-to-day buzz of creating a series like Creepshow can be dizzying. One of the buzzing corners behind the scenes of AMC’s horror anthology is where hairstylist Katie Ballard runs her little shop of hairdos.

A big shot of espresso kickstarts typical days before stepping into her trailer.

Temperature checks and testing for COVID-19 are also common during the day on set. Once the cast is ready, her team makes sure all the looks are established on camera. Her team will maintain things on set while she goes to directors’ meetings or works on wigs for the upcoming episode.

After reading through the script, Ballard will dive into each character and get creative with character development.

“I’ll start with someone from history that reminds me of them and maybe go down the rabbit hole of their history,” Ballard says. “Or I’ll just find a look that I have in my mind for that character and I’ll go through and find as many photo inspirations as I possibly can to pull together into a mood board so I got something to show to the directors when I eventually do the director’s meeting.

“And then I’ll go and I’ll sit down in the director’s meeting and first listen to what their vision for the character was and at this point of my career, I usually nail it pretty closely – that’s my goal – to get close to what they’re envisioning,” she said.

But sometimes during director’s meetings, the actor hasn’t even been cast yet.

“That’s why they leave space to find out what we’re working with,” Ballard says. “That’s another reason why I really love wigs. It gives us a lot more freedom as to what we can do. But yeah, I’ll go out and meet the actor first. And of course I’ll communicate the vision the director and I had talked about, but then we need to get input from the actor – what they feel for the character. If we’re really lucky, we all agree on the same thing,” Ballard said.

Hairstyling for a TV series is very hectic. Since Creepshow has two stories every episode, there are two new casts every episode.

“As soon as we get the ball rolling on an episode, I have to start designing the next episode,” she says.

In contrast, the hairstyling in Avengers: Endgame was very different for Ballard. She wasn’t running the whole department, but had no shortage of homework.

“With something like Avengers, there’s a huge backstory that ties into everything you’re doing,” she says. “So it’s less about pulling together creative references and a little more about really doing your research and knowing the history of what you’re about to create.”

Every project brings a unique experience for her and no two are the same experience. “Much of it is learning the tone that is being set for the project and making sure that I’ve done my research into whatever time period it’s referencing. Also, any old films that may be an influence upon that film as well,” she says.

She admits she’s become more of a horror nerd through working on the show. Though she’s always loved horror, Creepshow has introduced her to a solid body of horror films. “My taste and eye for horror has become much more refined,” she said.

Ballard’s favorite episode is the first episode of season two, “Model Kid/Public Television of the Dead.” She cites Kevin Dillon’s hairstyle, which was based on Bruce McGill in Animal House, and Joe’s Dracula wig in “Model Kid.”

Ballard also cites Norm and Claudia’s wigs in “Public Television of the Dead.”

“Something I would love to call out about Norm’s wig is that no one has gotten the inspiration for his hair yet,” she says. “Norm’s wig is actually a mashup between Bob Ross and Larry David.” For Claudia, her wig was inspired by Kathleen Cleaver.

A lot of research into different time periods and movies and getting to know what directors want are integral to Ballard’s job for the show. Much like the characters in the series, she has been around since the first episode and is showing no signs of slowing down.

Long days on the set really began for Ballard a long time ago. She’s wanted to be a hairstylist since the age of four.

After getting her license while still in her teens, she found a salon in Atlanta where she was working when the film industry blew up there.

“I was able to work in fashion and print and all of that while also getting some film experience,” she says.  “My career in Atlanta has really blossomed since then. I’ve had moments where it felt like maybe I was outgrowing the industry here and looked at potentially leaving, but every time I’ve had that feeling the industry has grown more with me, so I’ve been here for 11 years and very happy with the way that the industry has gone and the work that has come to us here.”