How to do ‘The Lurch’ 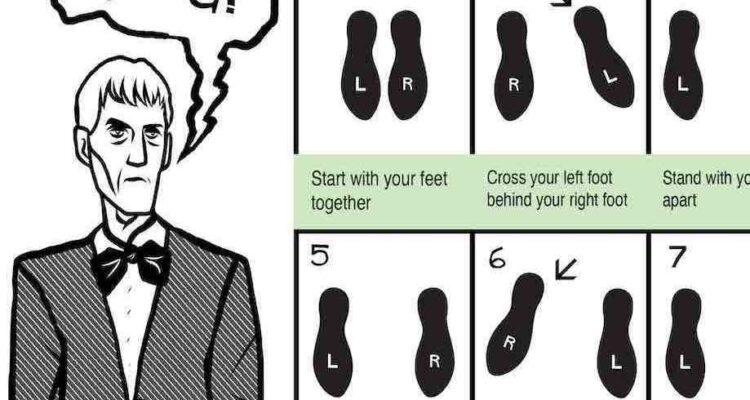 September marks the 55th anniversary of the novelty song “The Lurch” and its accompanying dance. Halloween Every Night shows you the steps below. Infographic by Ashley Arabian.

September marks the 55th anniversary of the novelty song “The Lurch” and its accompanying dance. The song comes from The Addams Family — the 1960’s ABC television show based on the macabre collection of cartoons by Charles Addams.

The main inspiration for the song came from the episode “Lurch, the Teenage Idol” when the butler rises to fame after recording a hit song on his harpsichord. After the episode, an actual song for Lurch was written and produced by Gary S. Paxton, who had previously produced 1962’s “Monster Mash.”

“The Lurch” was performed by Ted Cassidy, the 6-foot-9 actor who portrayed the family’s monosyllabic manservant. He then demonstrated the accompanying dance on the Sept. 11, 1965, broadcast of  Shivaree! He followed it a few weeks later with a performance on the Halloween episode of ABC’s Shindig!

Capitol Records released the song on vinyl, and though no guide on “The Lurch” dance was ever officially published. Halloween Every Night has illustrated the steps to help any struggling Lurch fans find their (giant-sized) footing.