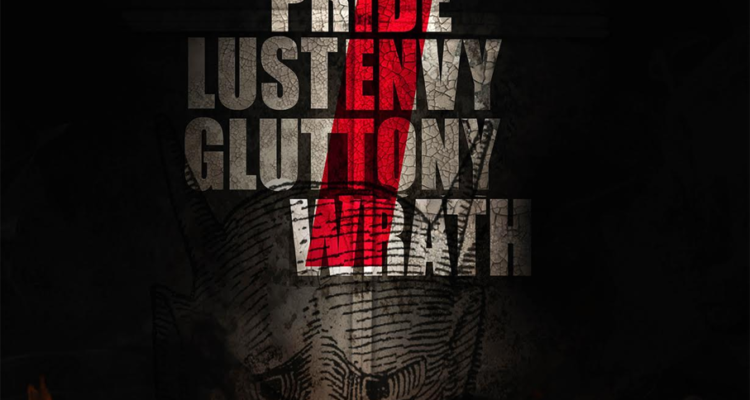 The Improv Killer
Events & AttractionsHalloween Every Night
May 6, 2018 1 min read 2

Force of Nature Productions, the Burbank production company behind theatrical haunt Fallen Saints, is bringing its horror reputation to a new level with Seven, a series of original short plays based on the seven deadly sins. The piece is part of the company’s Rush series, which gives writers, directors and actors only a week to put together plays under a unified theme.

Previous Rush themes have been more lighthearted, taking inspiration from the ’80s, William Shakespeare and Christmas carols, but the artistic staff at Force of Nature is excited to present a grittier experience with Seven. “We want to push ourselves beyond what we normally do and really go for it,” said Showrunner Andy Shultz.

The company is known for its comedy productions and the family-friendly theatrical haunt Fallen Saints, but they are quick to tell audiences to expect something completely different from Seven. “Everybody involved in the production has been told that they’re going to be pushed to extremes … that they’re going to be pushed and challenged to deliver a very raw and visceral and intense experience,” said Artistic Director Sebastian Munoz.

The fast pace of production only gives writers five days to write an 8- to 10-minute play based on a prompt, then gives directors and actors two to three rehearsals before the show goes up in North Hollywood. Munoz says that this hectic schedule is especially suited to this year’s thrilling theme. “The beauty about the structure of the Rush is that the audience … and a lot of the actors don’t know until opening night, whatever everybody else has been working on. That’s why it’s called the Rush, right?” said Munoz.

Seven will initially run for three nights in mid-May, but Munoz said that the company has plans to grow beyond this short run, if the show goes well. “We have some plans for it … but know that this is going to be a very different side of Force of Nature on stage,” said Munoz.

Force of Nature staff are keeping the specifics of this “different side” a secret, though. “It may or may not involve seven deadly sins,” said Munoz, laughing.