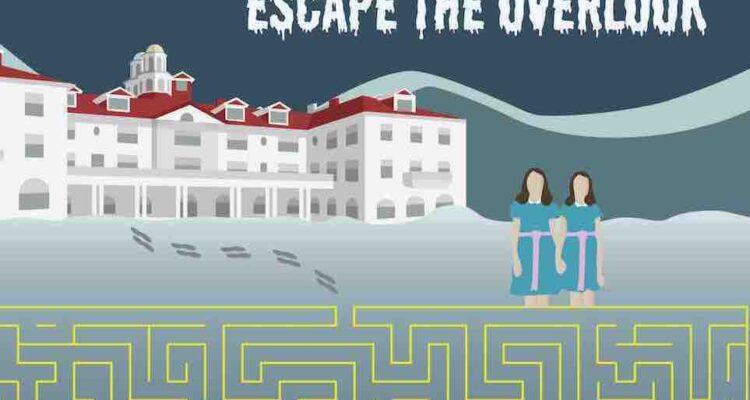 Enjoy your Escapology Day -- and the 40th anniversary of "The Shining" -- in 2020 style with this printable, socially distant Escape the Overlook maze by Nicole Lavanier.

Need to escape? You don’t have to be Harry Houdini to celebrate Escapology Day.

Though magicians and daredevils known as escapologists have long practiced the craft and thrill of escaping, the practice can actually be traced back a few centuries.

Saint Nicholas Owen helped Jesuits escape from the Tower of London and hide from persecution until he was also captured and tortured to death at the tower.

Nothing you do for Escapology Day need be that dangerous or complicated, and fun, in some form or another of escape, is the only real objective.

Escape rooms are really the best way to celebrate. Normally, we’d suggest a variety of escape rooms to exercise some of that thrill, but not in 2020.

Instead, Halloween Every Night offers a fully printable little diversion that celebrates the 40th anniversary of Stanley Kubrick’s The Shining as well as Escapology Day, where readers can find their way out of the hedge maze of the Overlook Hotel before the axe can fall. Enjoy. And hurry!