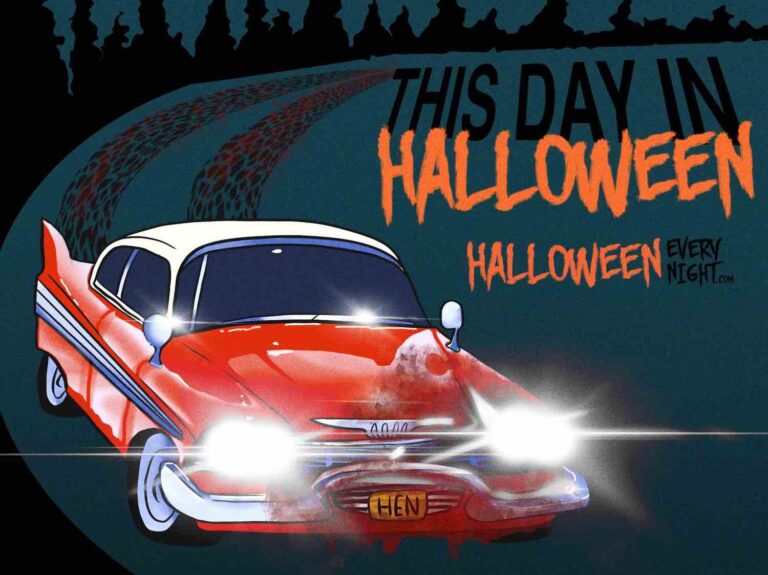 This Day in Halloween: John Carpenter's "Christine," based on Stephen King's novel, opens across the U.S. in 1983. / Illustration by Madison Kemp

Christine opens across the U.S. in 1983. Based on the Stephen King novel, director  John Carpenter began shooting days after the novel was published and though the movie about a possessed car received mixed reviews and was a small box office success at the time, it has since become a cult classic.