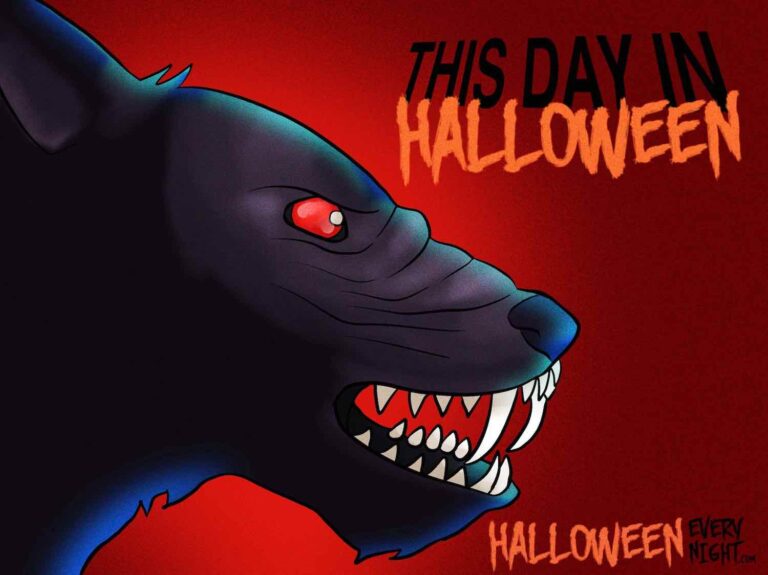 This Day in Halloween: First werewolf film "The Werewolf" opens across the U.S. in 1913. / Illustration by Madison Kemp

The Werewolf opens across the U.S. in 1913. The 18-minute Universal short is the first werewolf film and also the first to feature a female werewolf. Directed by Henry McRae, the pioneering filmmaker credited with the first use of artificial lighting, wind machines and double exposure. The only known print was considered lost in a fire in 1924.