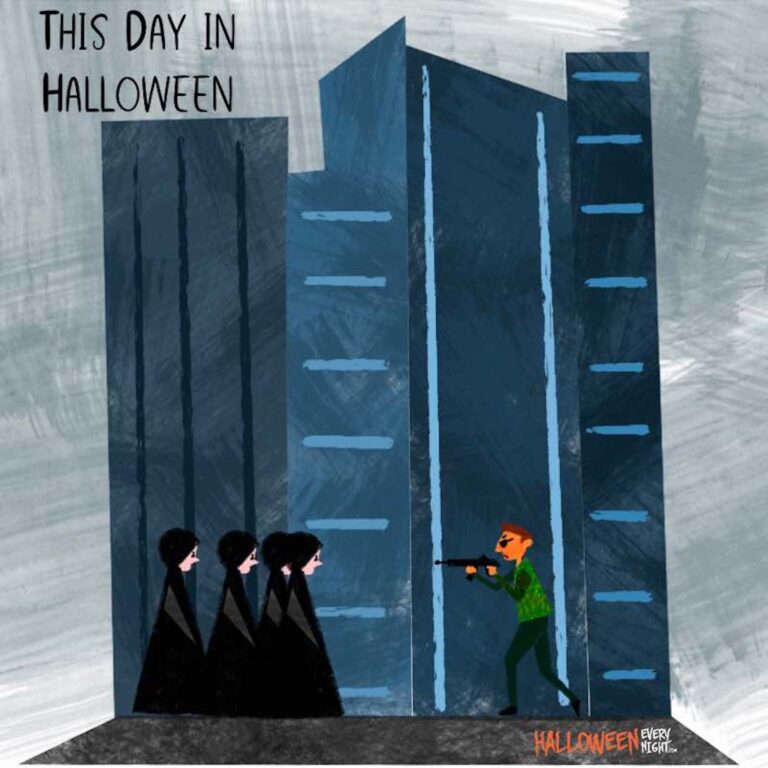 This Day in Halloween: "The Omega Man" starring Charlton Heston opens across the U.S. in 1971. / Illustration by Gabriela Vega

The Omega Man opens across the U.S. in 1971. The sci-fi/horror movie stars Charlton Heston and is the second major attempt to film Richard Matheson’s I Am Legend. The film features one of the first interracial kisses in screen history. It receives mixed reviews but is a box office success. It maintains a cult following with Tim Burton naming it as one of his favorite films.