The Intriguer
This Day In Halloween
April 9, 2021 1 min read 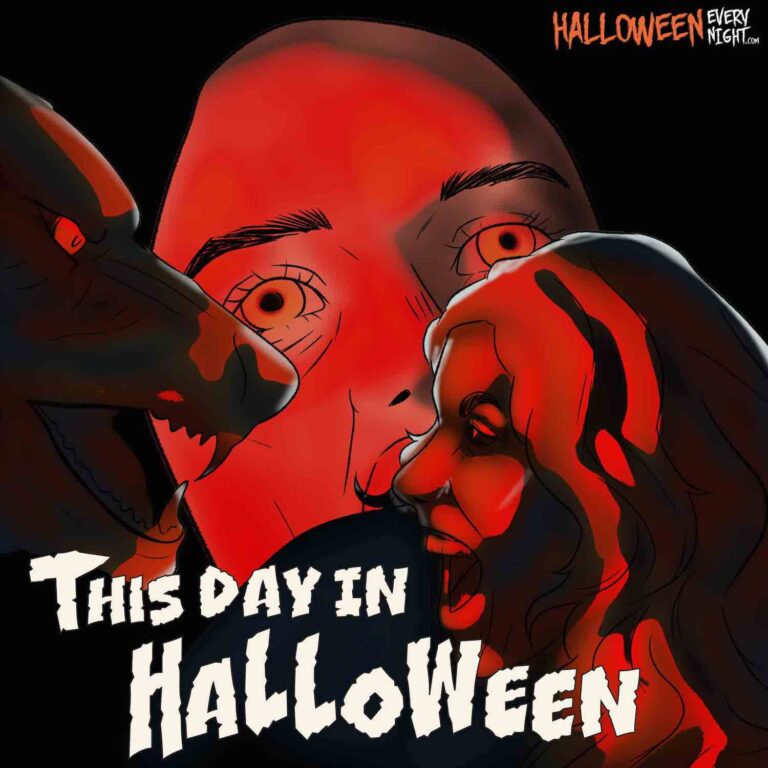 This Day in Halloween: Werewolf movie "The Howling" opens across the U.S. in 1981. / Illustration by Mikayla Webb.

The Howling opens across the U.S. in 1981. Director Joe Dante’s werewolf film is the first of three released in the year, followed by American Werewolf in London and Wolfen. The film is a dark-humored homage to werewolf movies with innovative effects by Rob Bottin. Dee Wallace and Patrick Macnee star, with appearances by John Carradine, Kevin McCarthy, Kenneth Tobey, Roger Corman and Forrest J. Ackerman. Seven sequels follow.