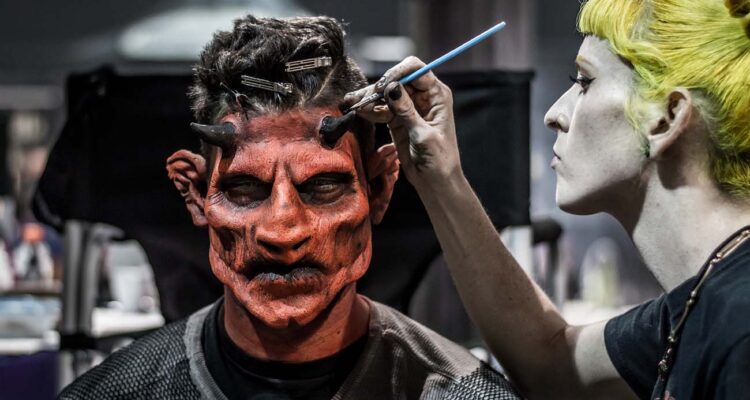 For haunt and Halloween fans, the expanding world of horror into year round events really is a dream come true – or maybe a nightmare, as the case may be.

Midsummer Scream Halloween Festival, now in its second year, is another example of the voracity of the modern horror connoisseur.

“I thought Midsummer Scream did a fangtastic job for their debut,” says horror cosplayer and scare actor Chris Hannan, who can be frequently spotted at horror conventions donning an elaborate array of custom costumes. “They pretty much packed the Long Beach Convention Center – which is not easy to do – especially being their first year… It’s only going to get bigger from here on out. It’s great to have a horror con during the middle of the year.”

Returning to the Long Beach Convention Center, Saturday and Sunday July 29 to 30, the event promises a return of favorites mixed in with many new activities to satisfy its hungry fandom.

“We were really happy by how 2016 went, and feedback from the audience was enthusiastic,” says Executive Director David Markland. “While we’re not resting on our laurels, we’re confident if all we did was replicate last year, we’d have an awesome event. Rest assured, we’re only going to build off of that, by bringing back everything that worked, and then adding on a bunch of new ideas, activities and presentations, to keep it fresh for returning guests.”

Returning favorites include the Hall of Shadows mini haunted attractions and Decayed Brigade slider shows. The Hall of Shadows offers up 14 previews of popular Southern California Halloween attractions that can be experienced in their full horrifying form later this fall. The athletes from Decayed Brigade will perform their distinct sliding acrobatics during several performances on Saturday and Sunday.

New this year is a partnership with The Queen Mary’s Dark Harbor, unleashing the new Sinister Circus, a haunted summer costume ball set on the historic ship often touted for its paranormal hotspots. At the Saturday night after-party (8 p.m. to 1 a.m.), there will be much dancing and plenty of monsters lurking in the shadows.

In addition to the show floor with more than 200 vendors offering all the horror-themed merchandise you could ever ask for, the event will also host educational and hands-on workshops. Some confirmed vendors for this year include Immortal Masks, Bone Yard Effects, Dark Delicacies, Cross Roads Escape Games, Clive Barker’s Seraphim Inc., Kreepsville 666, The Haunt Store, Fog It Up! and Bearded Lady’s Mystic Museum.

“Walking into the Midsummer Scream show floor it was hard to believe it was their first year,” says Knott’s Scary Farm maze designer Jon Cooke. “Not only because of the impressive turn out of Halloween fanatics but just how well the show was laid out and how smooth everything was operating. Definitely an impressive first year and very apparent there is a lot of love and passion behind the event.”

With his own strong passion for haunted attractions, he’s looking forward to the Hall of Shadows – and he hopes to see more haunt industry vendors and attractions this year.

“It’s insane to see how massive the Halloween and horror culture has exploded,” he says. “It seems like no matter how much the conventions and events expand they are still met with overwhelming attendance and enthusiasm.”

Mary Rangel, a scare actor and creator of The Fright Zone Facebook forum for horror fans, has been attending horror conventions since 2012.

“There we can be who we are with kindred spirits,” says Rangel. “We can also network and meet our idols and people who we admire.”

She says each horror convention she attends –Monsterpalooza, Halloween Club’s Spook Show, ScareLA and now Midsummer Scream – has a slightly different theme. Together they create a well-rounded picture of the horror world.

“I think Midsummer will grow with the support of the horror/haunt community of Southern California,” she says. “It will flourish with its focus of community and haunts.”

This Day In Halloween:Nastassja Kinski is born in

This Day In Halloween: "The Witch" premieres at

This Day In Halloween:"The Crucible" premieres at

This Day In Halloween: "Teeth" premieres at the S

This Day In Halloween:“Werewolves of London”