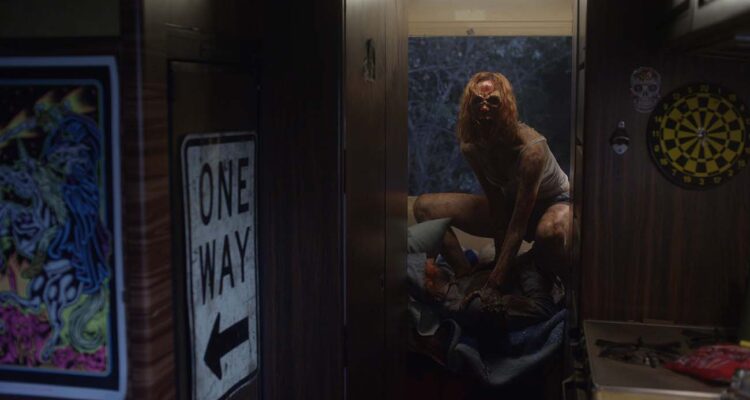 ‘XX’ Female-Led Horror Anthology Has Something for All Horror Tastes

We all have our own set of fears. For some of us, it’s spiders. For others, it’s clowns. Others of us have more intangible fears like the fear of losing a loved one.

The female-directed horror anthology XX uses this diversity of fears to weave together a four-story compilation of some very different storylines with very different ways of evoking fear.

Director Annie Clark’s The Birthday Party is a black comedy about a mother throwing a party for her child’s birthday when an untimely death really throws a wrench in her plan.

“It was at first this kind of dark, brooding … what a mother won’t do, to sacrifice for her child,” said Clark. “And then we got halfway through it and we were like, this is a comedy.”

Karyn Kusama’s Her Only Living Son kicks it a little more old school with her tale of an evil boy. Think: Rosemary’s Baby.

“It was kind of like a meta-experiment,” Kusama said. “For me, I think a lot of genre storytelling depends on familiarity with certain tropes. I kind of wanted to push that and just make a speculative reimagining of an outcome of a very popular sort of classic. And it was meant to be kind of deriving from this narrative that we already have in our head.”

Jovanka Vuckovic’s The Box torments with a story of a seemingly typical suburban family who literally starts wasting away all because of one little box. The question is: What’s in the box?

“It’s the mother who is incapable of making any real human connection with her kids,” Vuckovic said. “By the time that she does, or by the time she wants to or is able to, it’s too late… And I added the cannibalism scene.”

(You’ll just have to see for yourself.)

And Roxanne Benjamin’s Don’t Fall is also on the darker side of things with a campfire-type monster tale that takes place, well, while a small group of people are camping.

“My inspiration for it was old-school, kind of pulpy, EC Comics, very like color-drenched in the middle of desaturation,” Benjamin said. “And I had just finished something that was like a slower burn, more creeping dread kind of story. So I was ready and primed to do something that was more like jump scary, action-oriented.”

Whatever your horror poison of choice may be, XX will be sure to have something to terrorize you with.