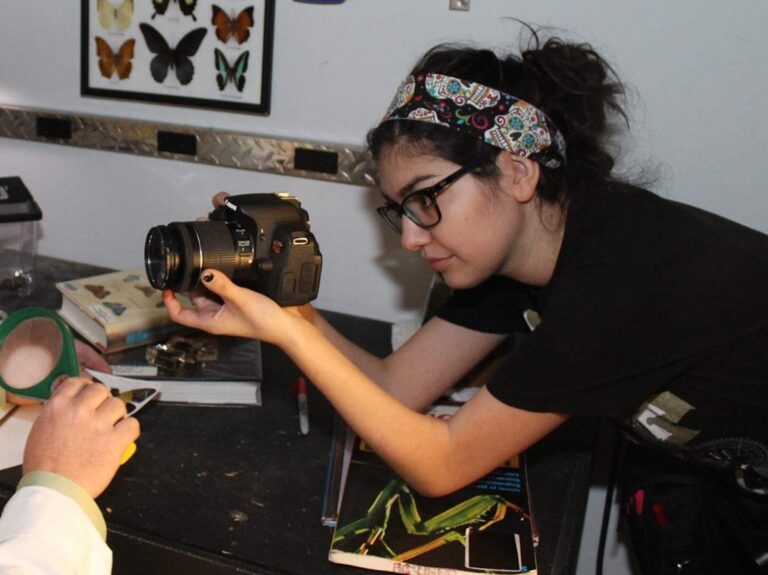 Since the genre-defining work of Mary Shelley, women have contributed more than their fair share to the horror industry. Two centuries later, women are doing amazing things within the local horror community.

Mary Rangel — a.k.a. Mary Imagination — a young haunt fan and burgeoning filmmaker, has been fascinated by horror since her grandmother introduced her to Vincent Price movies, Hitchcock’s The Birds and the original Child’s Play when Rangel was just a kid.

She wrote, produced and directed her first film called A Dark Vaudeville at 16. At 24, Rangel is animated and charismatic, finished six short films, which all appear on her Youtube page, and recently published a novel, We Are The Monsters, which took 10 years to complete.

Her second book will probably arrive sooner. It’s a collection of short stories with illustrations by friends she has met within the horror and haunt industry.

“The horror genre and everything about it, I’ve always loved it,” she says. “Even before I really started getting into it, I loved creating and writing stories, and once I shifted into horror, it felt right. All my stories beforehand always had spooky elements, but with horror, I can write anything.”

Rangel also has an extensive history scaring in the haunt industry. Although as Rangel recalls, her first time scaring was in her family’s own personal home haunt when she was only 8 years old. She dressed up as a ghost and popped out of a little graveyard, scaring the trick-or-treaters who walked by.

“Halloween has always been my favorite holiday and to be a part of bringing the spookiness to life, it just made my little heart happy,” she says.

Since 2012, the haunt industry has also played a huge role in Rangel’s life. Sinister Pointe Productions specifically, became a community where Rangel made a home and found an immense amount of friends who all share the same love for the horror genre and lifestyle.

“Not only do I scare with Sinister Pointe,” she says, “but I also help with the build of the haunt, I paint, I decorate, I make it spooky, I help bring it to life and it’s just so much fun.”

At first, Rangel started off scaring in interactive mazes as a breaker, which is someone who covers other scarers in the maze while that scarer takes a break. As her experience grew, she was cast as the lead character in the maze, Bloody Mary: Beyond the Mirror at Sinister Pointe in 2014. This was one of Rangel’s favorite and most proud memories as a scarer.

“That year, I had so many people dropping to the floor. It was such an amazing scare. Haunting is my home and horror is my passion,” she says. “I get excited talking about it because these are just wonderful, wonderful memories. Just like things I will never forget.”

For Rangel, the best part of all her projects, whether it be creating short films, working in the haunt industry, or writing horror novels, is working with her friends in a community where it’s possible to bring the horror to life with a little budget and a lot of imagination.