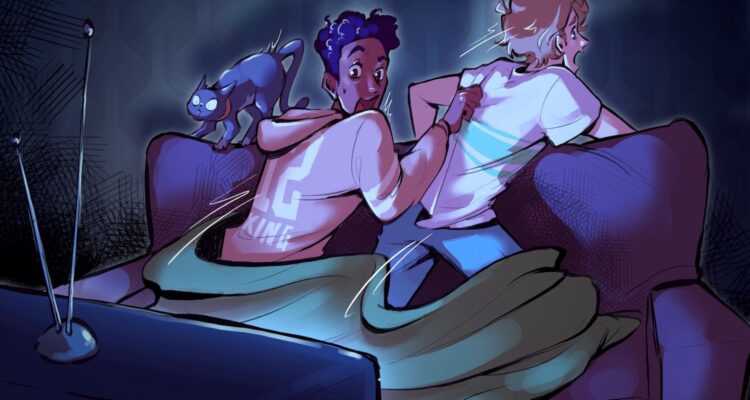 A Stephen King super fan could get $1,300 to watch 13 movies based on King's stories. / Illustration by Alyssa Fujiwara

A superfan of Stephen King movies can score $1,300 for watching 13 movies based on King books by Halloween.

The Stephen King Scream Job: Chapter 3 is satellite TV provider Dish’s third annual competition to find and reward the most serious King fans in the U.S., providing the fan can really make their case by Sept. 16 in 200 words or less.

According to Dish, the contest has attracted more than 600,000 applicants since it began, with many second-time applicants last year. Dish says they’re looking for someone who is at least an 18-year-old U.S. citizen who could be either an adrenaline junkie or a scaredy cat, but that the ideal candidate “has to be detail-oriented enough to track their experience. They could even share their scares on social media and vlog every time they jump out of their seats.”

Also, the candidate will have to explain “why [they’re] the perfect victim and what [they] hope to gain from this experience,” the company’s site says. If chosen, they’ll have to monitor their heart rate and fill out a work sheet on their sleep, jump scares and emotion. And all films must be watched with the lights off.

For their trouble, the winner will get the $1,300 plus a “swag bag” with a Fitbit to track their heart rate while watching the films, access to all 13 Stephen King films chosen, a blanket, snacks, various King paraphernalia as well as tickets to see the upcoming Salem’s Lot film in 2023.

Applicants must explain why they want to be frightened by King movies in less than 200 words and if they can do so by video, they’ll receive bonus points, Dish says.

Readers must apply online by Noon Mountain Standard Time (that is, whatever time it is in Phoenix, or Denver or Salt Lake City is Mountain Time) Sept. 16, 2022.