Christmas can be a bummer for those who love Halloween most. All the cheery, family-friendly programming and ugly sweaters probably.

But for those who have been busy with Christmas haunts, dragging your feet or just haven’t found that darkly wonderful gift to give someone, Halloween Every Night has assembled this gift guide for you. 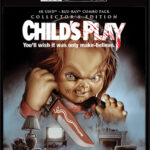 Nope (Best Buy Exclusive Steelbook) [4K UHD]
Writer/director Jordan Peele’s third feature film Nope is his most ambitious piece of filmmaking to date. Best Buy has given what is perhaps the best horror film of the year an exclusive 4K steelbook designed with non-spoiler minimalistic artwork on the front, back, and inside. Dive deeper with a 56-minute behind the scenes featurette.
$34.99 / Available through Best Buy

Paranormal Activity (The Ultimate Chills Collection) [Blu-ray]
The original Paranormal Activity turns 15 this year. It launched a franchise that has spawned seven feature films. This complete limited-edition Blu-ray collection comes packed with every entry, including the recent Paramount+ exclusive sequel Paranormal Activity: Next of Kin, a  documentary Unknown Dimension: The Story of Paranormal Activity, which takes a comprehensive look at the genesis and legacy of this film series. Packaged in a lenticular box embossed with the franchise logo, a hand print reaches out across the spines of the Blu-ray cases.
$55.99 / Available through Target, Amazon, and Walmart

The Thing (4K UHD)
The latest edition of John Carpenter’s remake of The Thing features a crisp ultra-high definition remastering of the 1982 classic, along with bonus features. Just in time for the film’s 40th anniversary, this updated 4K release offers a more detailed coloring grading than any previous 2K version. Experience the film’s revolutionary practical creature effects at their fullest visual potential.
$18.99 / Available through Amazon, Target, and Walmart

Night of the Living Dead (The Criterion Collection) [4K UHD]
Last month celebrated 54 years since George A Romero’s timeless masterpiece Night of the Living Dead was released. The Criterion Collection has given this title an upgraded 4K digital restoration, which was supervised by George A. Romero, co-screenwriter John A. Russo, sound engineer Gary R. Streiner, and producer Russell W. Streiner. Packed with audio commentaries, interviews, programs, and more, it’s the perfect gift for the zombiphile in your life.
$39.96 / Available through Criterion and Amazon 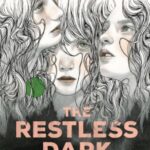 The Restless Dark
After the death of the notorious Cloudkiss Killer, a podcast sparks a widespread contest to find his bones, where three girls stand in the center of it all. Lucy was almost the serial killer’s final victim. Carolina is a true-crime fan who fears her own rage. Maggie is a psychology student with too much to hide. All of them are searching for answers, for a new identity, for a place to bury their secrets.
$18.99 / Available through Barnes & Noble

The Hacienda
Set in the aftermath of the Mexican War of Independence, Beatriz’s father was executed and their home destroyed. Beatriz ignores the rumors surrounding his first wife’s sudden demise, choosing instead to seize the security that his estate in the countryside provides. She will have her own home again, no matter the cost. Beatriz only knows something is wrong with the hacienda and and no one is there to help.
$20.99 / Available through Barnes & Noble

All the White Spaces
In the wake of the first World War, Jonathan Morgan stows away on an Antarctic expedition where he is tormented by supernatural apparitions. Aboard the expeditionary ship of his hero, the world-famous explorer James “Australis” Randall. When disaster strikes in Antarctica’s frozen Weddell Sea, the men must take to the land and overwinter somewhere where a supernatural force will prey on their deepest desires and deepest fears.
$27 / Available through Barnes & Noble

Just Like Home
In spite of Vera and her mother’s long estrangement, she’s come back to the home of a serial killer and the bodies buried there. A parasitic artist has moved into the guest house and insists he isn’t the one leaving notes around the house in her father’s handwriting. Vera must find out for herself just how deep the rot goes.
$26.99 / Available through Barnes & Noble

Ghost Eaters
Erin hasn’t been able to set a single boundary with her charismatic but reckless college ex-boyfriend, Silas. When he asks her to bail him out of rehab again she knows she needs to cut him off. But days after he gets out, Silas turns up dead of an overdose in their hometown of Richmond, Virginia, and Erin’s world falls apart. Then a friend tells her about Ghost, a new drug that allows users to see the dead but ends up backfiring, and has unchangeable side effects.
$2.99 / Available through Amazon’s kindle store 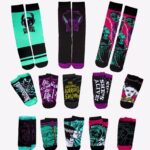 Reversible Good Guys Chucky Backpack
Chucky the serial killer doll has a soft and comforting look, but once it comes to life, its dark side is shown. The same can be said with this reversible backpack, one side comforting and kid friendly, but once turned inside out, the graphic and evil side of Chucky comes to life.
$53 / Available through Spencers

Evertree Clothing Camp Crystal Lake Shirt
Sean S. Cunningham’s Friday the 13th is a favorite for many. So why not grab a shirt to show off your Camp Crystal Lake pride. Just watch out for any people wearing a hockey mask when you’re wearing your new shirt.
$14-$29 / Available through Amazon

Halloween Michael Myers Slippers
Walking around all day can be tiring. So why not kick back and relax when you get home and pop on these Michael Myers inspired slippers to cozy up for the night watching your favorite horror movies.
$20 / Available through Hot Topic

Vans X Stranger Things Customs Hellfire Club Old Skool
Who doesn’t like something custom made for them? Vans is offering their Old Skool model customized with a Stranger Things theme. Be ready to walk around the Upside Down with your new custom shoes.
$110 / Available through Vans