The Intriguer
This Day In Halloween
September 25, 2021 1 min read 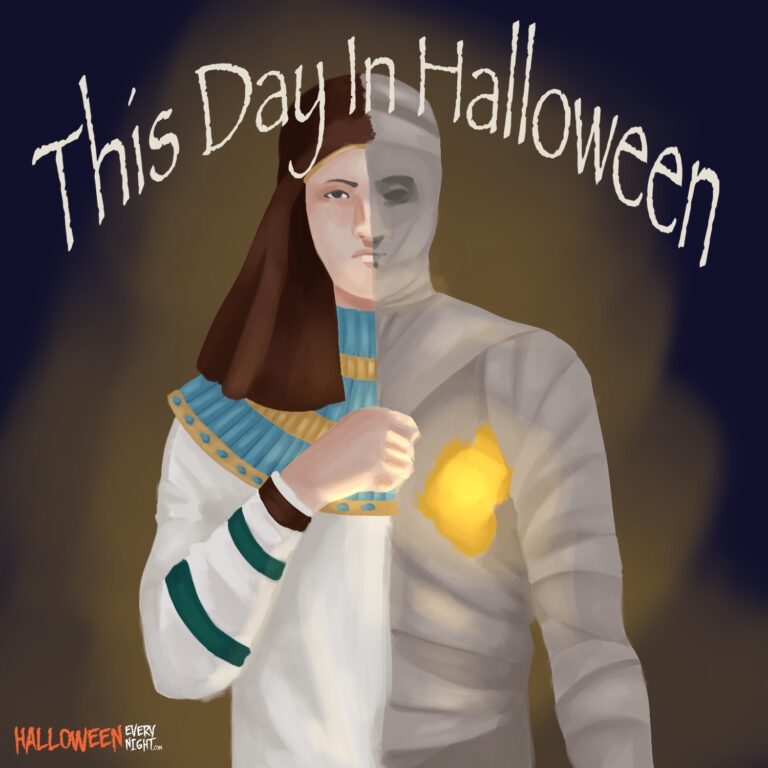 This Day in Halloween: Hammer’s "The Mummy" starring Peter Cushing and Christopher Lee opens in the U.K. in 1959. / Illustration by Emily Park

Hammer’s The Mummy opens in the U.K. in 1959. The iconic British film company’s version of the monster movie borrows heavily from Universal’s Mummy sequels The Mummy’s Hand, The Mummy’s Tomb and The Mummy’s Ghost, while following very little of the original Mummy plot. The film, directed by Terence Fisher, is still regarded as a classic and stars Hammer icons Peter Cushing and Christopher Lee.