REVIEW: An Inside Look at the Future of ‘Resident Evil’ 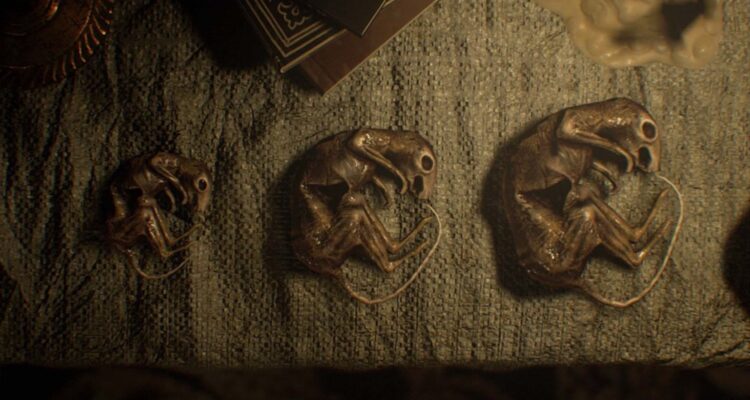 Despite other zombie-culture competition like The Walking Dead, 28 Days Later, Dead Rising, and Dying Light, Resident Evil has managed to remain among the top survival games within the horror genre for more than 20 years.

Strong symbology and the reputation of the corrupt Umbrella Corporation is a core component in every aspect of Resident Evil.

And despite some inconsistencies over the years that veered from the origins of the series, after Resident Evil 5, 6 and ORC, Capcom made great strides in bringing the series back to life. The side project, Resident Evil: Revelations was also an improvement, addressing the loss of the survival-horror vibe.

Story chronology is confusing for the average player – especially with a plethora of side stories and new games. Resident Evil VII has turned around this concept and created its own take where the original story is pinned in the background.

Most fans want to keep Umbrella as the evil pharmaceutical company that is taking over the world, and that S.T.A.R.S are there to save it. Resident Evil 5, 6, ORC, delivered a great deal of original content and characters, even if not exactly survival-horror. Resident Evil: Revelations 1 and 2 maintained the survival-horror feel, but lacked a bit in giving that nostalgia of Raccoon City and the Mansion.

Resident Evil VII delivers a hint of both, but it is not the full cut of the cake either. This game is the gateway to rebooting the series.

A luscious horror environment with one of the greatest soundscapes created in recent soundtracking, RE VII presents players with a suspenseful and rather realistic perspective. Missing are the hordes of zombies that can be knifed and kick-off ladders, but this is its own horror game. It instead does do a great job of keeping you guessing over puzzles, and wandering around a spooky mansion, which should not be overlooked. The nostalgia of a horror playground during a lightning storm is definitely a huge deal.

RE VII stokes the nostalgia of the originals, including small inventory spaces, key lock doors and a challenging set of invincible monsters that torment your ability to progress. First person isn’t ideal, but it pulls you into the virtual reality of the story, giving a cutting advantage over your line of sight.

I do miss the attachment to the original story of Raccoon City — which is seldom displayed in the game — Umbrella Corporation and the third-person characters I grew up with, but the game brought survival-horror back to life and wasn’t afraid of creaking doors, suspenseful tight spaces and hard-to-kill enemies.

The bio-warfare story of the game felt quite realistic and it’s easy to feel attachment to these characters and their story even though they were separate from the earlier story. Fans should take it for what it is: a survival-horror game. Isn’t that what we really wanted after all?