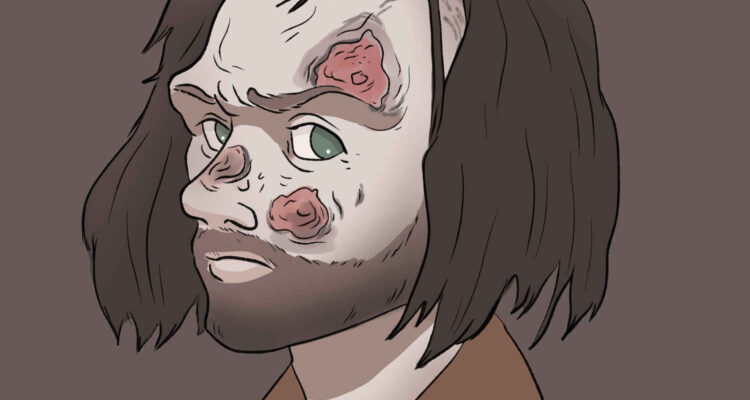 This Day in Halloween: "Frankenstein: The True Story" miniseries premieres on NBC in 1973. / Illustration by Justin Pakneshan.

Frankenstein: The True Story miniseries premieres on NBC in 1973. The two-part TV movie/miniseries featuring James Mason and Jane Seymour concludes two nights later. Notable for its in-depth treatment of Mary Shelley’s story and for presenting the creature, at least at first, as beautiful instead of ugly.