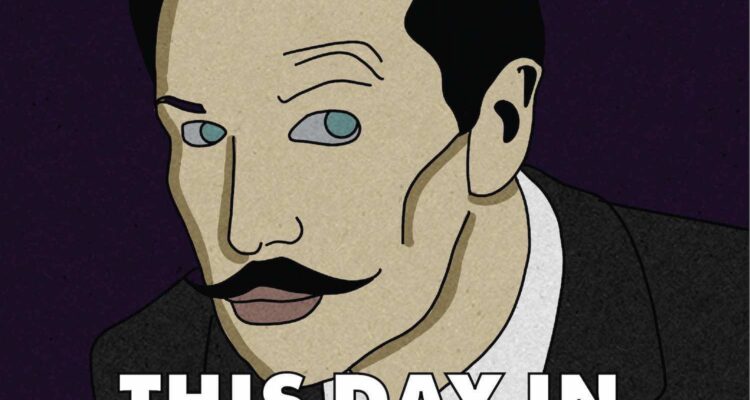 This Day in Halloween: Horror icon Vincent Price is born in St. Louis, Missouri in 1911. / Illustration by Angela Smith

Vincent Price is born in St. Louis, Missouri in 1911. Over his nearly 60-year acting career, Price appeared in virtually every genre of movie and TV show, but is considered an icon of horror. Among his classic films are House of Wax, The Tingler, The House on Haunted Hill, The Pit and the Pendulum, The Abominable Dr. Phibes and Theatre of Blood. He also famously voiced parts of Alice Cooper’s “The Black Widow” in 1975 and Michael Jackson’s hit “Thriller” in 1982. His last film appearance was in friend Tim Burton’s Edward Scissorhands in 1990. He was also a renown art collector, gourmet cook and advocate for civil rights. He died in 1993.

Exploring the spookier side of @comic_con today! #

Another great immersive production by @immersivear

Nov. 20 - First Men in the Moon is released in the

@thecountsden is in full holiday swing with “Bit