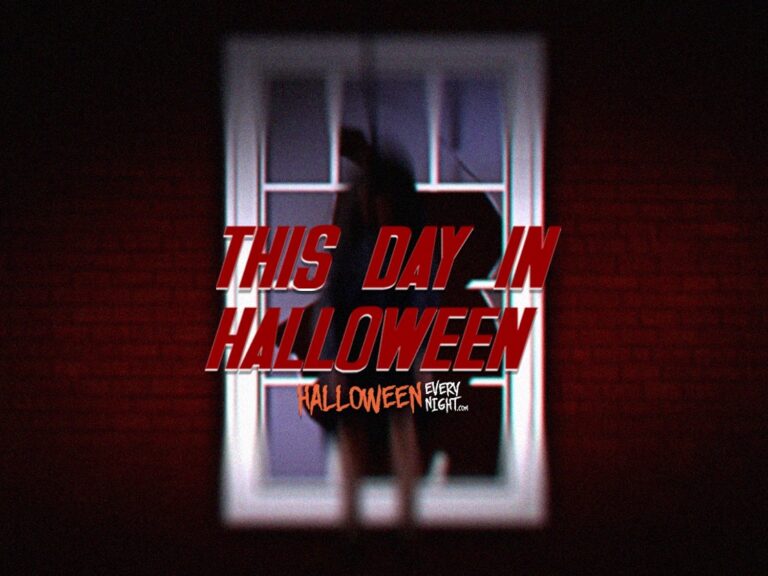 This Day in Halloween: The classic Oscar-winning supernatural thriller "The Omen" opens across the U.S. in 1976. / Illustration by Allen Sison

The Omen opens across the U.S. in 1976. The supernatural thriller stars Gregory Peck and Lee Remick as parents of the anti-Christ. The film gets mixed reviews but is a hit on its release, wins an Oscar for Best Musical Score, is followed by two sequels, and has grown in regard over time. It is featured on the American Film Institute’s list of best thrillers and film scores. The Chicago Film Critics Assn. also considers it one of the best horror films in Hollywood history.