Not really what I expected to learn from a recent screening of the new indie horror film The Witch, but it’s one of the many thoughts that circulated through my head as I pondered how grossly uncomfortable I was while watching this authentic depiction of early American settlement.

The incredible thing about this horror film is that it is not a horror film – at least not in the modern sense of the genre. There are no axe-wielding murderers (although there are axes) or something demonic jumping out of a closet (though there is jumping, and demonic elements). However, fun and entertaining those horror films are, this is not what The Witch does. No, it does something entirely different. And what it does is largely rooted in its authenticity and emotion relayed through this family in real crisis.

“We didn’t really set out to make a horror movie… From our point of view, it was a family drama,” says Ralph Ineson (Kingsman: The Secret Service, Guardians of the Galaxy, Game of Thrones), who plays the family’s patriarch, William. “We had to create this family, to then tear it apart… For these things to be horrific to the audience, we had to make them love the family and make them convinced that there was that love and that bond in the family.” 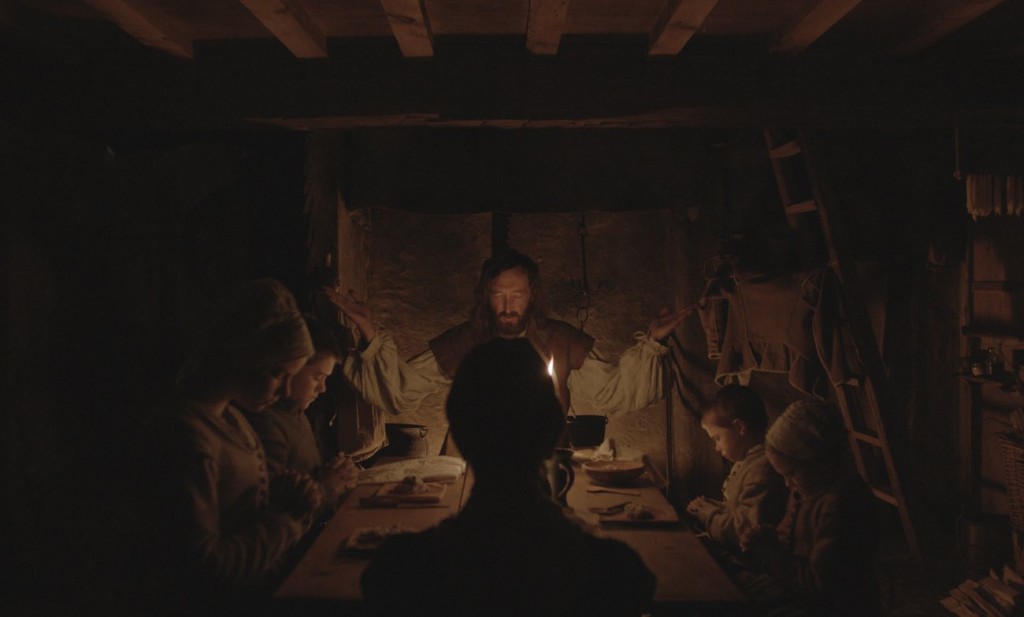 Set in 1630 New England, The Witch follows an English family that leaves their colonial plantation for an isolated section of land next to a pretty intimidating looking forest. With a very small cast – the family counts at seven with William, his wife and five children – the quiet nature of the film is juxtaposed with some shocking imagery, unnerving music and intensely emotional moments as the family unravels with tragedy, to fear into paranoia and outright crazy.

“Everything in this script happens for a reason and just happens to be horrifying,” says Kate Dickie (Prometheus, The Silent Storm), who plays wife and mother, Katherine.

Realism is a large part of what makes this movie truly scary, but not in the found footage kind of way. It’s a sense of place and character that was developed with painstaking research by the film’s director, producers and crew (so much that they spent time at Plimoth Plantation, a living history museum of 17th century Plymouth Colony).

The first thing you’ll probably notice about the film is the dialogue. Actors speak in authentic Puritan language, another part of Writer/Director Robert Eggers’ research, which he compiled from folktales, court documents, the Geneva Bible and Puritan diaries.

“I think the script was so well written that it was in no way a barrier – the language,” says Ineson. “It was the way they spoke. It felt absolutely right to have that kind of rich, biblical, fire and brimstone kind of language…

“And you get to say great lines like: ‘Did ye make some unholy bond with that goat?’”

Speaking of goats, I’d be remiss in not mentioning that goats are also an important part of the cast – no joke – as are rabbits. And a raven – you’ll never see a raven the same way again.

“There were supposed to be three goats: a bucking goat, a rear end goat and a standing goat,” says Eggers. “Instead we had one goat who wanted to sleep and attack Ralph basically. That’s really all he wanted to do. Charlie’s a goat, I don’t blame him for not wanting to be in the film, but it was not easy.” 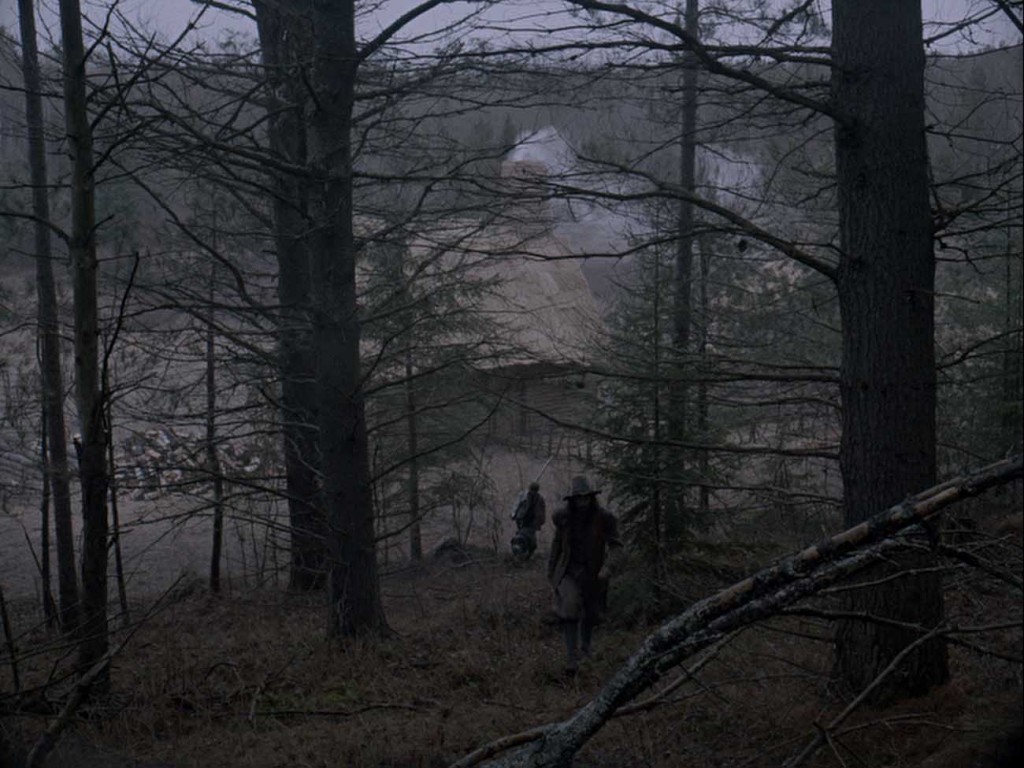 The younger members of the cast – the children – Anya Taylor-Joy (as Thomasin, the oldest child), Harvey Scrimshaw (Caleb), Ellie Grainger (Mercy) and Lucas Dawson (Jonas) each hold their own in character and acting skill. Even though Taylor-Joy is one of “the leads” (though with a cast this small and acting so elevated, they’re all pretty much leads), each of them form an integral part of the plot and emotion of the film, moving it forward with all the intensity required to make the movie truly terrifying. There are some pretty frightening and disturbing scenes with the younger children that were carried out with such electricity that you wonder if the actors were permanently emotionally scarred. Fortunately for them, they were not.

“Rob was a great puppet master,” says Ineson. “He’d be next to the camera and there’d be no witches or anything… ‘So look up here… Now breathe through your mouth, now breathe faster, open your eyes more.’ He would be like guiding them like a puppet master. He got these incredible performances out of the kids… So the kids never saw anything remotely scary or were scared.” 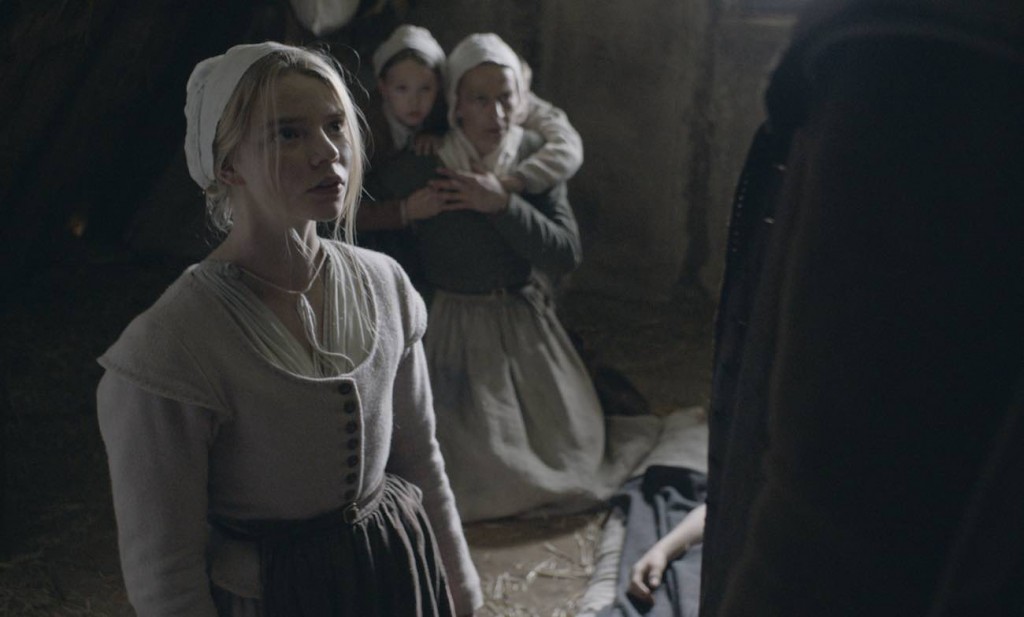 Anya Taylor-Joy /
Credit: Photo by Rafy, Courtesy of A24

Taylor-Joy, who plays the character at the film’s center, is relatively new to acting. Born in Miami and raised in Argentina, her first language was actually Spanish – but you’d never know it by hearing her speak in the film. Taylor-Joy depicts a teenage girl going through the emotional and physiological changes a teenage girl goes through but in a very restrictive, Puritan setting. So you can imagine how that goes over in a time when people really did believe in fairytale witches.

“I read the script and it just … I don’t know, like this feeling in my body that I hadn’t felt before, you know, I haven’t felt scared and panicky, and I couldn’t stop thinking about it,” says Taylor-Joy.

Don’t think the movie is only about all the horrifying things people do to each other out of fear and paranoia. Because, when it comes down to it, there really are truly horrifying things that creep in the forest.