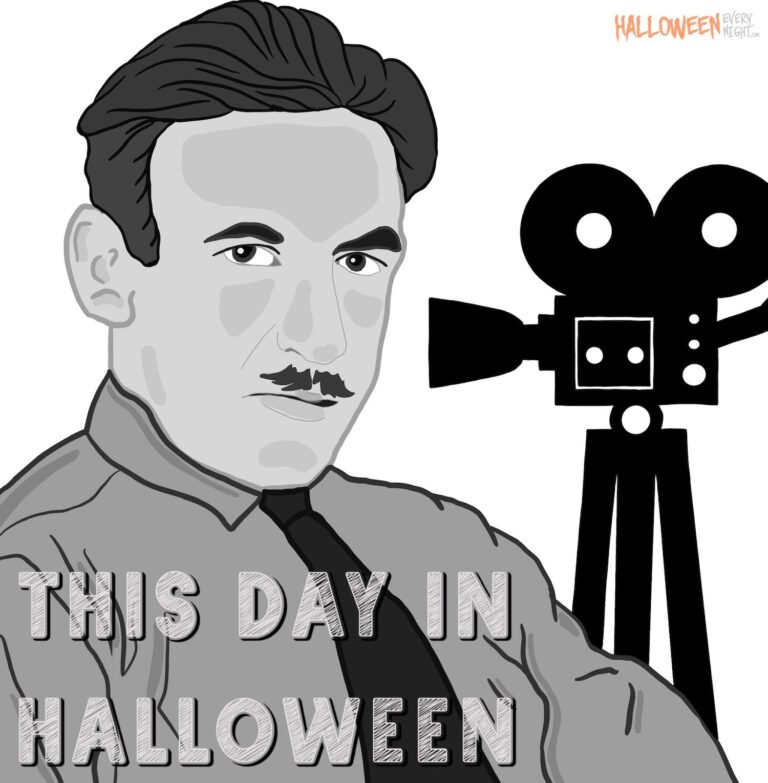 This Day in Halloween: Director Tod Browning is born in Louisville, Kentucky in 1880. / Illustration by Sorprisela Martinez

Director Tod Browning is born in Louisville, Kentucky in 1880. Though he directed dozens of films in various genres, during and after the silent era, he is best known for his work in the 1930s, especially Dracula and Freaks. His other notable horror films include the Lon Chaney lost silent classic London After Midnight, as well as its remake Mark of the Vampire and The Devil Doll. He died in 1962.