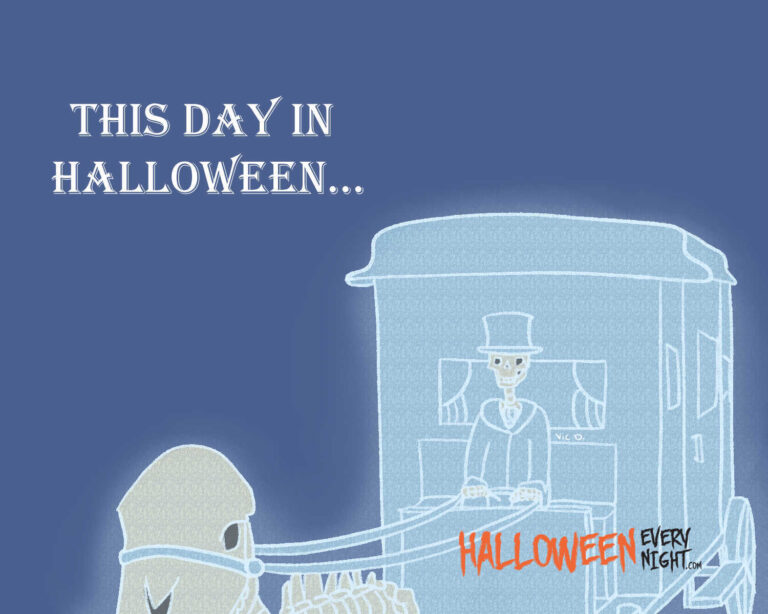 This Day in Halloween: Silent horror classic "The Phantom Carriage" opens across Sweden in 1921. / Illustration by Victoria Diaz.

The Phantom Carriage opens across Sweden in 1921. The silent horror film about the driver of a ghostly carriage on New Year’s Eve is one of multiple films coming out of Europe during the silent era that draws the blue prints for how horror films will be made. It opens in the U.S. a year later.