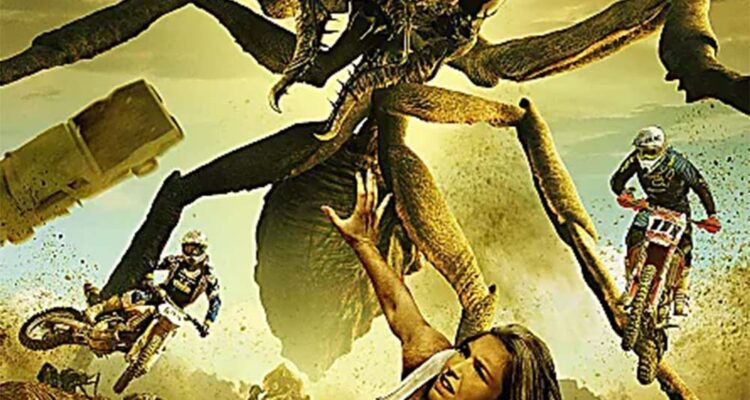 It Came From the Desert: Watch It For the Ants, or Don’t Watch It At All

The movie is based on a video game from the 1980s, which in turn was based on 1950s’ creature features like Them! and It Came from Outer Space. The video game focuses on a geologist who studies the recent site of a meteor crash in the desert, only to find that the meteor’s radiation has caused the local ant population to grow to enormous size. Worried that the ants will soon mate and terrorize the world, the geologist works to contain the infestation, even as the authorities do not believe him.

We’ve seen a fair amount of video game adaptation movies as of late. The main trap that game movies fall into is doing away with the narrative of the game while shoehorning in references to it, which may be fun to fans of the game, but is completely disorienting to audiences going into the movie with no prior knowledge. But It Came from the Desert does away with the geologist character of the original game and replaces him with a group of 20-somethings during a Burning Man-type bacchanal in the middle of the desert. Supposedly, this party is to celebrate Lukas (Alex Mills) winning a motocross race, assisted by his mechanic Brian (Harry Lister Smith). The race is never shown, and who knows how common middle-of-the-desert parties are, but who cares, it’s a movie about giant ants.

Not wanting to drink and sick with love for his friend-zoning crush, Lisa (Vanessa Grasse), Brian wanders into the desert, followed by Lukas. They find a cave filled with Cold War-era science equipment, and surprise! Giant ants.

The rest of the movie is spent trying to kill off the ants, and if you can turn your brain off enough, it’s entertaining. The visuals are surprisingly slick, the CGI ants are well-rendered, and the desert locations bring a fun, sunny feel to the film. It was wise of the directors to play the premise of the film for laughs, and out of every 10 jokes, maybe two or three land. They also tried to milk the nostalgia factor by adding ‘80s pop-culture non-sequiturs – someone literally says, “By the power of Grayskull” at one point.

The verdict: Don’t watch It Came from the Desert if you’re looking for a high-brow movie-watching experience. Watch it for the desert landscape shots, the explosions, and most importantly, the ants.