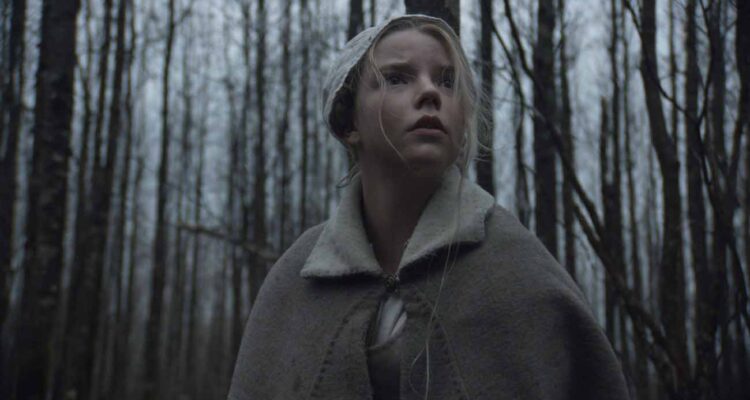 Underlying some deeply unsettling and disturbing scenes in the new indie horror film The Witch, there are some very real truths.

The realism in the 1630 New England-set film is what helps propel you forward as a viewer into a place and time that is foreign yet still quite relevant, and definitely terrifying.

After seeing the film and learning that Writer and Director Robert Eggers grew up in rural New Hampshire very aware of New England’s history surrounding witches and witchcraft, the level of authenticity made sense.

“I grew up in New England, and the woods behind my house definitely were haunted by the past to me as a child and I had a real idea of the mythic past of New England for better and for worse, and the idea of living in a Puritan culture was real to me,” says Eggers. The Witch marks Eggers’ feature film debut as writer and director, winning the 2015 Sundance Film Festival’s Directing Award in the U.S. Dramatic category. “My earliest dreams are nightmares about witches… And I had nightmares about witches up into my adulthood… This is something that was very personal for me.”

The Witch lives in a unique gray zone between drama and horror, melding emotional torment with paranoia and fear. Not surprisingly, Eggers is not a typical horror “genre guy.”

“I don’t worship schlocky stuff, like I just don’t care. And I don’t like films that are too meta self-referential… And I don’t like gore,” he says. “I own The Shining… I own pretty much every Dracula movie for better and for worse … and a lot of German Expressionist silent films… I like to say that [Ingmar] Bergman is a better horror director than most horror directors.”

Eggers says he has been asked why he chose 1630 as the setting for his film rather than later during the 1692 Salem witch trials.

“For an English settler in the beginning of the great migration, they were much more vulnerable… They didn’t know what they were doing. There [were] experienced farmers in England who’d come over here, but the land in England had been cultivated for generations and here it hadn’t been, so their crops were failing.

“What you have to understand is that in the early modern period, the real world and the fairytale world were the same thing. So it’s not just about like oh what if this folktale idea was true? For them, it really was true.

“They really saw these women as like fairytale ogresses, like serious anti-mothers, capable of doing all the horrific things that go on in this movie… That’s what that stigma was, it wasn’t nothing… So to realize the power and the brutality of that, if I can bring audiences back to the 17th century and get inside that mindset and that worldview, then the witch can be scary.”

One of the things that will probably stand out to audiences right from the start of the film, is a great sense of realism and accuracy. But it’s a careful balance.

“Accuracy for accuracy’s sake, doesn’t matter. It’s like really easy for any director to really get excited and fetishistic about that kind of stuff… And certainly my level of knowledge has become fetishistic truly, but I don’t want to exploit that on the screen. I need to be telling the story,” Eggers says. “But the whole point is that I can never expect an audience to actually be transported to another world without the specificity. My notion is that not only does it need to be authentic for this film and have the shots that are good for the story. Every single frame needs to be me trying to articulate a memory as if I lived as a child in the 17th century and this was the time my father took me to the cornfield and we had this conversation. Without that kind of specificity, as if I own this person, like this is my experience, I cannot transport an audience. And if you’re trying to be that specific, then you need to be that authentic.”